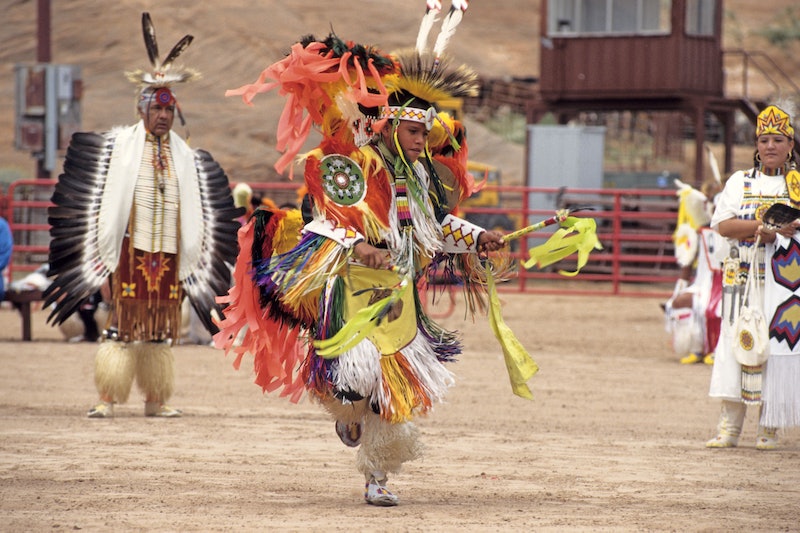 On Tuesday, New Mexico officially eliminated Columbus Day as a statewide holiday, replacing it with one that honors Native Americans' heritage instead. New Mexico will celebrate Indigenous Peoples' Day from now on, making it the fifth state in the country to rename the October holiday.

According to the Navajo Post, New Mexico Governor Michelle Lujan Grisham signed House Bill 100 on Tuesday, which officially established Indigenous Peoples' Day as a holiday in the state. The bill was previously approved by the state's house and senate, the El Paso Times noted.

Native American leaders praised Grisham and other lawmakers for their support for the bill on Tuesday evening — and stressed that observing Indigenous Peoples' Day will allow New Mexico to honor the heritage of Native Americans, the Navajo Post reported. As Navajo Nation President Jonathan Nez told the publication:

The federal government declared Columbus Day as a holiday without input from Native Americans and without knowing the true history of Native Americans. For many years, Indigenous people have protested Columbus Day because it celebrates colonialism, oppression, and injustice inflicted on Indigenous peoples ... Observing Indigenous Peoples’ Day allows citizens to recognize our rich heritage and represents a step toward healing and growth.

As the Hill reported, House Bill 100 was initially introduced by two state representatives who believed that renaming the holiday would constitute a better way to honor the state's culture. The Hill noted that New Mexico's population is around 12 percent Native American, with the El Paso Times adding that 23 different tribes reside in the state.

Representative Derrick J. Lente, one of the bill's sponsors, spoke of the importance of advancing the legislation on March 26, after the bill had passed both the house and senate in the state. As Lente said, per the Navajo-Hopi Observer:

This day is an act of restorative justice for our Indigenous communities, and it is a time to reflect on our understanding of our country’s history, both the good and the bad. New Mexico’s Nations, Tribes, and Pueblos are what truly make us the Land of Enchantment.

As CityLab reported, with the approval of House Bill 100, New Mexico has now become the fifth state to rename the Columbus Day holiday, joining Minnesota, Alaska, Vermont, and South Dakota (notably, South Dakota renamed the holiday "Native American Day"). In addition to these states, a host of localities have also opted to eliminate the Columbus Day holiday, with Indian Country Today noting that at least 60 cities across the United States now officially refer to the second Monday of October as Indigenous Peoples' Day.

Overall, many who advocated for the bill's passage believe that renaming the holiday is reflective of a firm commitment to ensuring that New Mexico's Native American population is respected, protected, and uplifted. “Today, the ancestors are happy," Representative Lente said to the Navajo Post. "The shift to Indigenous Peoples’ Day sends a strong message to the descendants of the people who once were sought to be extinguished that there’s a renewed appreciation for their resiliency and contribution to our great state."