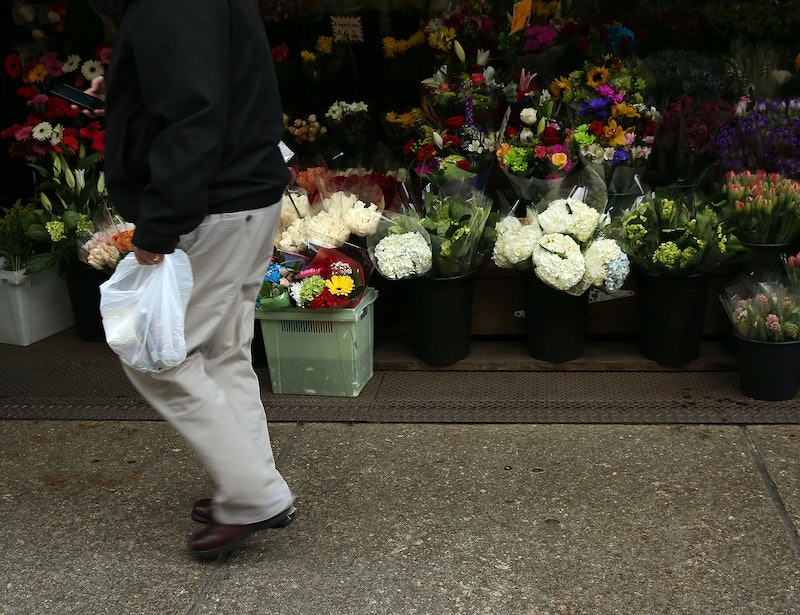 On Sunday, lawmakers in New York committed to a sweeping statewide change in the name of environmental protection. New York is set to ban single-use plastic bags, making it the second state in the country to take this step. The ban is slated to take effect in March 2020 — and stands to have a significant impact on the everyday lives of New Yorkers.

New York Governor Andrew Cuomo's office noted in a press release on Sunday that the governor and state lawmakers agreed to a 2020 budget that includes a plastic bag ban. As the New York Times described, the budget contains legislation banning single-use plastic bags, though it offers several exceptions. As the paper noted, bulk plastic bags (like trash bags), garment bags, food carryout bags, and plastic bags used to wrap food products in grocery stores are generally exempt from the ban.

In addition to banning plastic bags, CNN reported that the legislation also includes a provision allowing New York's counties and cities to opt-in to a program that charges consumers five cents for single-use paper bags. Funds raised through this program would go toward New York's Environmental Protection Fund and toward local programs that provide reusable shopping bags to low-income residents, CNN noted.

For New Yorkers, the biggest changes that will result after the ban is enacted will likely come at the checkout counter. As NewYorkUpstate.com reported, when consumers purchase most items, they will either have to provide a reusable bag of their own or request (and potentially pay for) a paper bag provided by the retailer.

In a statement he released after he initially introduced the idea of a plastic bag ban back in April 2018, Governor Cuomo stressed that plastic bag waste has had a profoundly negative effect on the environment. As Cuomo noted:

The blight of plastic bags takes a devastating toll on our streets, our water and our natural resources, and we need to take action to protect our environment ... As the old proverb goes: 'We did not inherit the earth, we are merely borrowing it from our children,' and with this action we are helping to leave a stronger, cleaner and greener New York for all.

Once the legislation is enacted, New York will join California in employing a statewide ban on single-use plastic bags, CNN reported. Notably, Hawaii also essentially bans plastic bags statewide, though this is achieved through local laws as opposed to statewide legislation, the outlet indicated.

In California, the nationwide ban has been quite effective in reducing plastic bag waste. As Californians Against Waste reported in November 2017, John Laird, the former California Secretary for Natural Resources, said that there had been a very noticeable difference in the amount of plastic litter collected during environmental cleanup events in the state in the first year after the ban was enacted. “For decades, plastic bags were one of the most common items collected during the annual California coastal cleanup,” Laird said, per Californians Against Waste. “This year, as California continues to transition to reusable bags, we are seeing a substantial decline in plastic grocery bag litter on beaches, rivers and parkways.”

As New York moves toward implementing its own plastic bag ban next year, it remains to be seen exactly how consumers will respond to the legislation — and how much the ban will alter the level of plastic waste in the state.