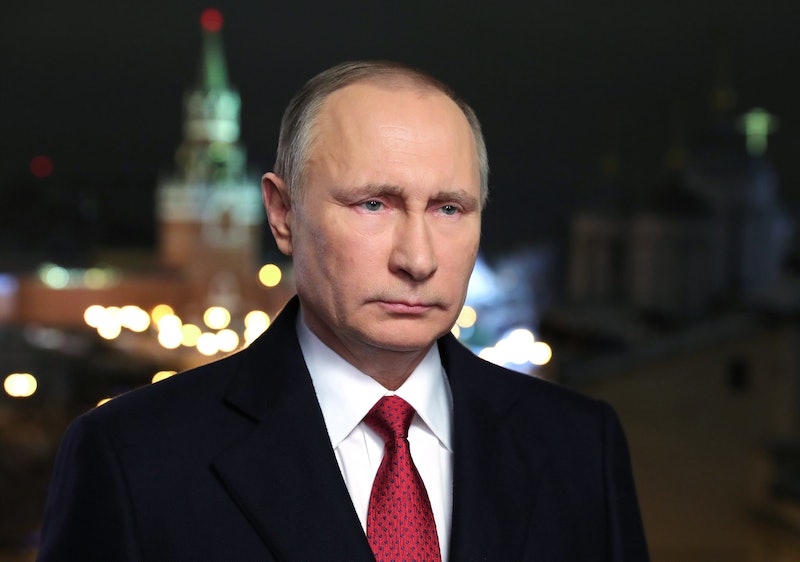 On Friday, a newly declassified report from U.S. intelligence agencies declared Vladimir Putin ordered the election hacking to help Donald Trump. The report, which was compiled by the Central Intelligence Agency, Federal Bureau of Investigation, and National Security Administration, stated, "We assess Russian President Vladimir Putin ordered an influence campaign in 2016 aimed at the US presidential election."

The report went on to elaborate that "Russia’s goals were to undermine public faith in the US democratic process, denigrate Secretary Clinton, and harm her electability and potential presidency." Moreover, the U.S. intelligence community assessed that "Putin and the Russian Government developed a clear preference for President-elect Trump."

The report also declared that although "Russian intelligence obtained and maintained access to elements of multiple US state or local electoral boards," the Department of Homeland Security assessed "that the types of systems Russian actors targeted or compromised were not involved in vote tallying."

In addition to relying on cyber-activity to influence the U.S. elections, there were "overt efforts by Russian Government agencies, state-funded media, third-party intermediaries, and paid social media users or 'trolls,'" the report noted.

Shortly before the report, which has been ordered by President Obama, was released, Donald Trump met with U.S. intelligence officials. He released a statement after the meeting indicating that he agreed Russia had tampered with the U.S. election and hacked the Democratic National Committee. However, he also stressed "there was absolutely no effect on the outcome of the election including the fact that there was no tampering whatsoever with voting machines." Still, Trump declared he would create a team to "aggressively combat and stop cyberattacks" that would have to give him a plan within 90 days of formation.

House Speaker Paul Ryan responded to the report in a statement, saying Russia "clearly tried to meddle in our political system." He also stressed:

There is no evidence that there was any interference in the voting or balloting process. We cannot allow partisans to exploit this report in an attempt to deligitimize the president-elect's victory.

For weeks, Trump had brushed off concerns of Russian hacking. When President Obama expelled 35 Russian diplomats and placed sanctions in response to the hacking concerns, Trump said the United States should "move on."