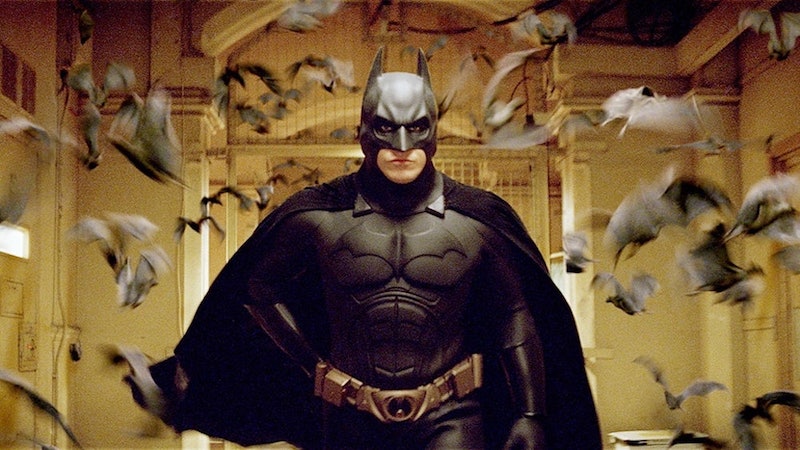 There's chaos in Gotham City. While it might seem that Robert Pattinson is set to play the Caped Crusader, Deadline reported that Nicholas Hoult could be the next Batman too. On Thursday, May 16, Variety reported that Pattinson was the "top choice" for the role, but Deadline claimed that both British actors are "atop" the short list. Hoult's potential casting is a reminder that nothing's official just yet and that there's more than one option to take over this popular role. With these two buzzy actors' names being dropped, it also means that the internet is torn on who'd they prefer to see don Batman's cape.

Many actors have portrayed the DC superhero before, like Michael Keaton, Val Kilmer, and George Clooney. And, of course, Ben Affleck most recently portrayed Batman in Batman v Superman: Dawn of Justice, Suicide Squad, and Justice League. But it was announced in January 2019 that Affleck's time as Bruce Wayne was done and that writer-director Matt Reeves of War for the Planet of the Apes was making his own standalone Batman film. Reeves' The Batman is looking for a younger face to fill the role and so the 29-year-old Hoult or the 33-year-old Pattinson are certainly good options. Quite predictably, not everyone on the internet is satisfied with these top contenders, but there are plenty of people who would be Mr. Freeze levels of cool with either Hoult or Pattinson as the Batman.

Hoult and Pattinson aren't the only names flying around though. According to The Hollywood Reporter, Armie Hammer and Aaron Taylor-Johnson were also thrown into the mix. Adding in Taylor-Johnson, it seems likely that an actor from the U.K. will land the role of this very American superhero. But if you're a fan of Welsh actor Christian Bale's performance as the Dark Knight in Christopher Nolan's trilogy (and who isn't?), then you know a Brit can play the Bat.

As for availability, Hoult is currently promoting his film Tolkien, but he has a ton of upcoming work as well. Besides reprising his role as the X-Men's Beast in Dark Phoenix, he's in The True History of the Kelly Gang alongside Russell Crowe and The Banker with Samuel L. Jackson. He's also set to star in a Catherine the Great Hulu series and in April, he was reported as joining the film Those Who Wish Me Dead with Angelina Jolie. So it's not like the consistently busy actor needs the role of Batman or anything. Plus, people have come up with some alternative DC characters for Hoult that they'd like to see him play — like the Riddler, Owlman, and even Superman (sorry, Henry Cavill).

Pattinson, on the other hand, hasn't had such a stacked Hollywood résumé. Sure, he's played Cedric Diggory in Harry Potter and Edward Cullen The Twilight. But since the aughts and early 2010s, he has focused more on indie projects. Although, perhaps some will read it as a sign that Pattinson is currently working with Batman Begins director Nolan on a new film.

Even with so many bats in the air, The Batman is slated to hit theaters on June 25, 2021, with Variety reporting that filming will take place in late 2019 or early 2020. So Gotham City will have its new Batman soon enough. If Hoult does land the part though, some fans have a simple request: Reunite him with his About a Boy costar and cast Hugh Grant as Alfred for the love of all things bat.