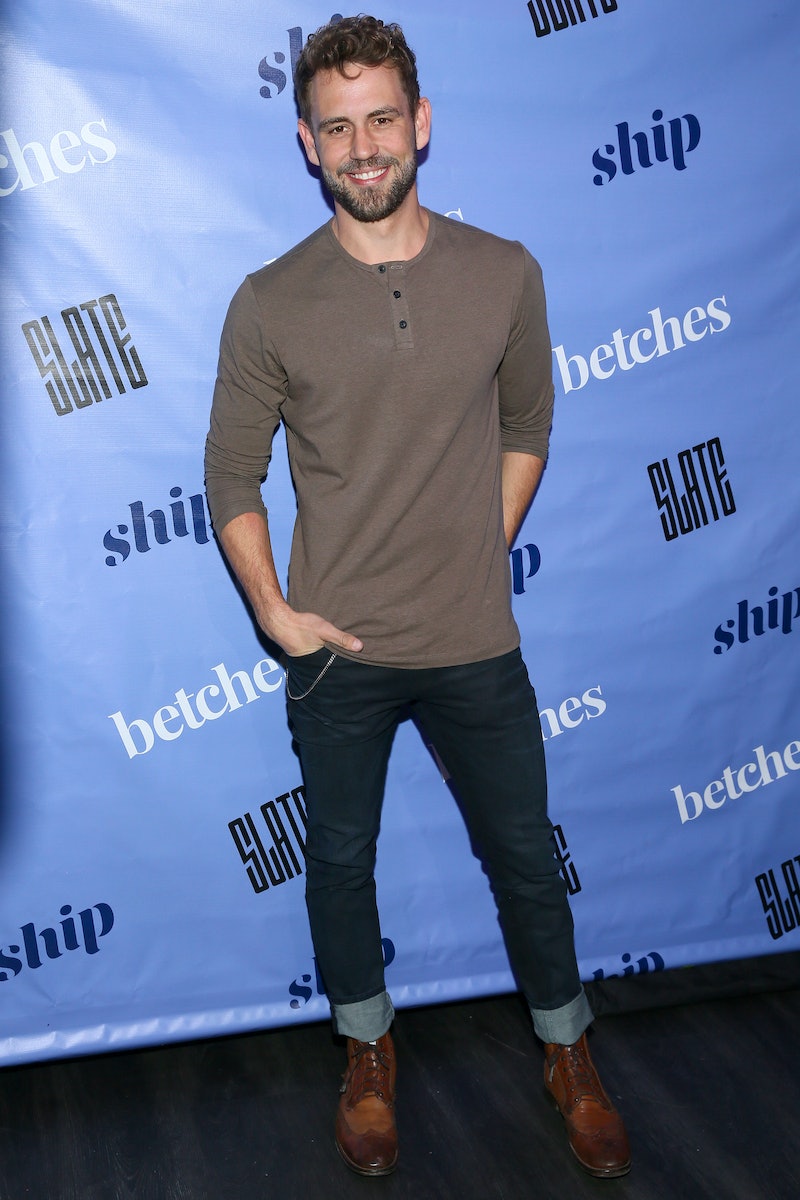 More than four years have passed since Kaitlyn Bristowe starred in her own season of The Bachelorette, but the drama between her and Nick Viall has definitely lived on through it all — until now. On an episode of his podcast, The Viall Files, this week, Nick said he finally got closure with Kaitlyn after they were able to talk on the phone and hash things out, and it sounds like this feud has officially been put to rest for once and for all.

After things didn't work out between Nick and Kaitlyn on The Bachelorette, there's been a lot of back and forth between them about what really went down. Most recently, after Kaitlyn claimed that Nick hadn't gone on the show for the right reasons on the Bachelorette reunion, he hit back with a comment on Instagram that he later deleted, writing that Kaitlyn had asked him to come on the show and then picked someone else (Shawn Booth, though their engagement ended last year).

But now, it sounds like everything is cool between them, even after the dramatic ups and downs that have happened since Kaitlyn sent him packing at that final rose ceremony on her season finale.

According to E! News, Nick said on the podcast:

"Of all the times I've been on the show, every other time was this opportunity I had to be open to the possibility of meeting someone. But when I went on for Kaitlyn's season, it was for that particular girl and probably the sincerest thing I've ever done in my time on the show. So this implication of any insincerity out of her mouth about me really boils my blood ... I have been a convenient cheap joke for her, but I am extraordinarily sensitive about that topic. It always bothered me that at least publicly and in reality, there seems to be this contentious relationship."

But after their most recent social media feud, Kaitlyn DMed Nick and asked him to talk, and he said he felt "so much better" after they talked on the phone.

"It was a great conversation and it was a conversation that should've happened a long time ago," Nick said. "She was really gracious and I really appreciated it. It validated a lot of thoughts I had about certain things."

Nick also added that he felt like finally having that closure was a weight off his shoulders, and that now that Kaitlyn is with Jason Tartick, she might be in a better place to offer that closure than when she was with Shawn.

"I truly believe that closure doesn't need to come from the other person," Nick said. "You can always get closure from yourself. Sometimes you're required to do that. She was really gracious and it was a nice conversation and it sounds like she's in a relationship now where she's comfortable enough to do that."

It's good to hear that Nick and Kaitlyn were finally able to bring their feud to an end, even if it did make for some good Bachelor Nation drama. Now, they can both move on, and fans can give Hannah Brown their full attention now that she's the current Bachelorette. If she needs advice on how to handle a situation like this one in the future, maybe Nick and Kaitlyn can help her out.

More like this
Here's What Happened After Rachel & Aven Left The 'After The Final Rose' Stage
By Grace Wehniainen
Here's Exactly When Rachel & Tino's Fight Happened After 'The Bachelorette'
By Grace Wehniainen
Bachelorette Gabby Kissed Her New Fiancé On 'Dancing With The Stars'
By Jake Viswanath
Where Is Former Bachelor Host Chris Harrison Now & What Is His Net Worth?
By Hugh McIntyre
Get Even More From Bustle — Sign Up For The Newsletter