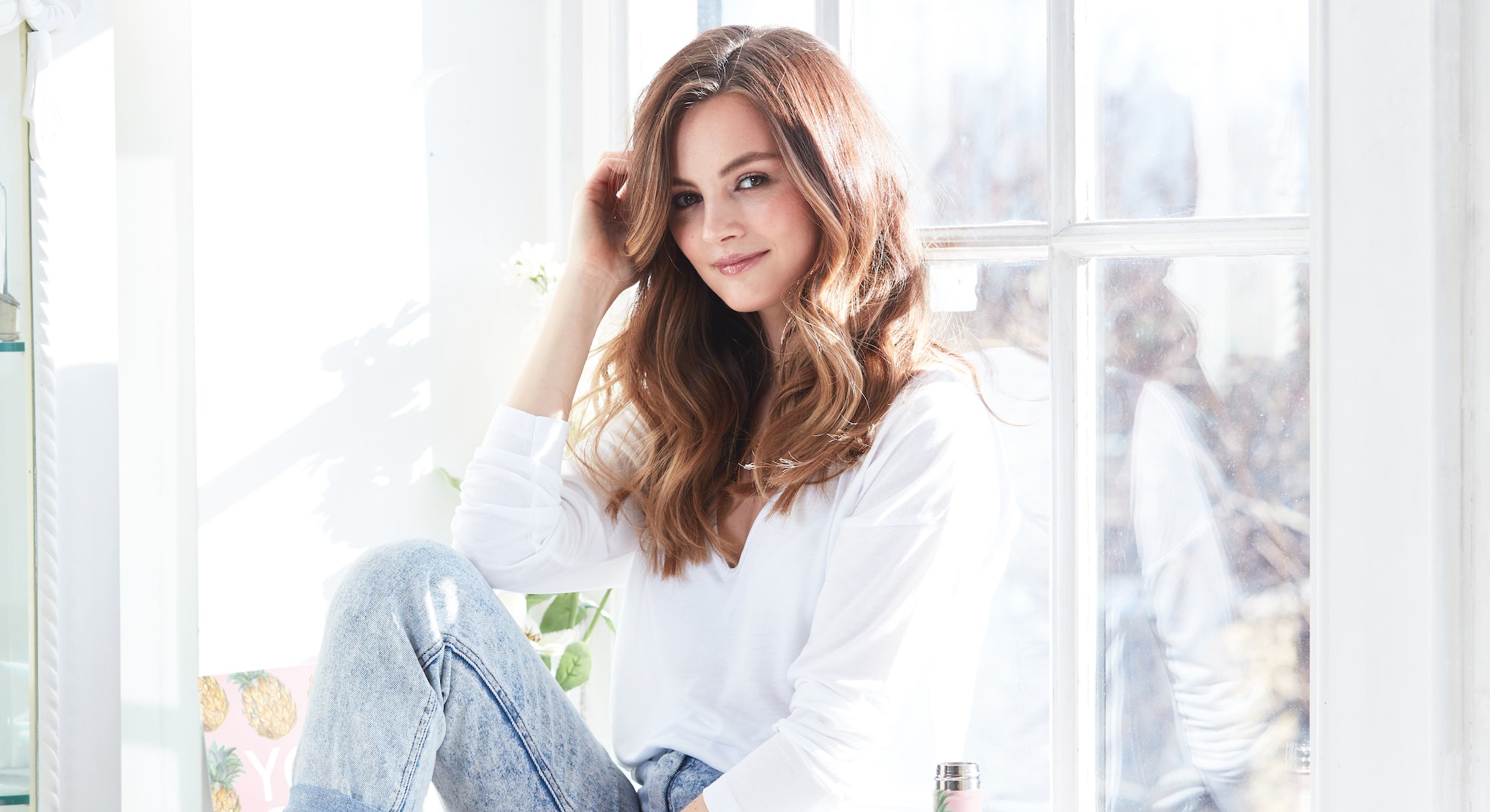 If you thought being an influencer meant being connected 24/7, then author, vlogger, and multi-hyphenate Niomi Smart is about to burst your bubble. "I always plan my posts throughout the week, so everything’s ready to go so that at the weekend I don't have to do anything work-wise," Smart tells me. "I've always done that and I love that, and it means that I treat my job as like a Monday to Friday."

It's clear from talking to Smart that you're dealing with a hyper-organised individual. When we meet for tea at Gleam's London offices, she has just been on a digital detox in Crete, where she read Victoria Hislop's The Island after it repeatedly cropped up in her research. "I wish I was more spontaneous and just went but actually every time I do my research and I go somewhere I'm so pleased I did."

This diligence and professionalism has paid off. Smart has amassed 1.6 million followers on Instagram and YouTube respectively. In 2016 she released her first book, Eat Smart: What I Eat In A Day, an extension of her popular YouTube series. The same year, together with fellow vlogger Marcus Butler, she launched SourceBox, a subscription based service for healthy snacks. In 2018, Smart added another string to her rather full bow: a seasonal collection of beauty products available in Boots.

"I was really involved from the start to the finish," she tells me of the collaboration, in which she decided to make her favourite food ingredients central to the collection. "I'm such a foodie," Smart explains. "I first of all decided that the main ingredient that must be included was the avocado because I'm just obsessed with avocado." Pineapple and blueberry accents came next, resulting in a bath fizzer with pineapple extract, among other items. "The most fun, exciting part was coming up with the designs, and the whole packaging ideas," she adds. "I absolutely love all of that. It's really, really fun."

The packaging is indeed, rather jolly. Take the Morning Beautiful collection — Smart's favourite — which contains body wash with pineapple extract, body lotion and body mist, both with avocado oil, and spiral hairbands. It comes packed in an origami avocado; if ever there was a present perfect for a Christmas morning Instagram post, this is it. Nevertheless, it's all quite a departure from what Smart imagined herself doing when younger. "I was going to go into law. I studied law at Sixth Form and then progressed into University with it, so I got my law degree," she explains. "Then I was going to continue with it and carry on practicing and everything, but I decided actually, it wasn't quite for me. That's when I just fell into this whole digital online world."

And what a time to fall into it. Smart launched her blog, Lady Smart, in 2013. A YouTube channel followed in 2014. Has she ever encountered any prejudice being a social media influencer? "At the beginning some people may have questioned it and wondered what it was. I think it was just the unknown," she adds. "No one knew where this was going. I guess it was quite a scary time for a lot of people in other industries, but now it's actually amazing because so many different industries have merged with this."

Despite that, there's still some lingering suspicion around how influencers work. "[People think] we just sit around taking pretty photos and it couldn't be further from that," she explains of the biggest misconception around her work. "I see what I do is a business and I'm growing my career, and my own brand."

Smart — who is currently in a relationship with Joe Woodward, son of former England rugby coach Sir Clive Woodward — lives in London but grew up in Brighton, the unofficial hub of the YouTube influencer community. "I was really fortunate to grow up there because deciding to go into YouTube and blogging, and all of that stuff when social media really wasn't that big back then, no one really questioned it," she adds. "Now also a lot of people in my world of this social media industry have decided to move to Brighton for that reason."

Amongst that community, do things ever get competitive? Not a bit, according to Smart. "From the outside you would think [so]," she says, "[But] not at all. Everyone is always so supportive. There's no feeling of jealousy and equally I'm so excited and happy when I hear one of my friends is bringing out something new."

This unflappable positivity has become one of Smart's trademarks. "I do think naturally I would film on the best days that there's exciting things going on and I'm feeling great myself," she adds. "That means that the videos are going to be more positive, but I think that's what people want really, they want something that's uplifting." But don't fall into the trap of thinking that's it all it. "Behind the scenes, it's not all glamorous and it's not all pretty and we're not all just going abroad constantly taking amazing photos," she explains. "It's actually growing a business behind the scenes. That is all the leg work. It takes hours and hours."

Niomi Smart's beauty collection is available exclusively in Boots, both in store and online