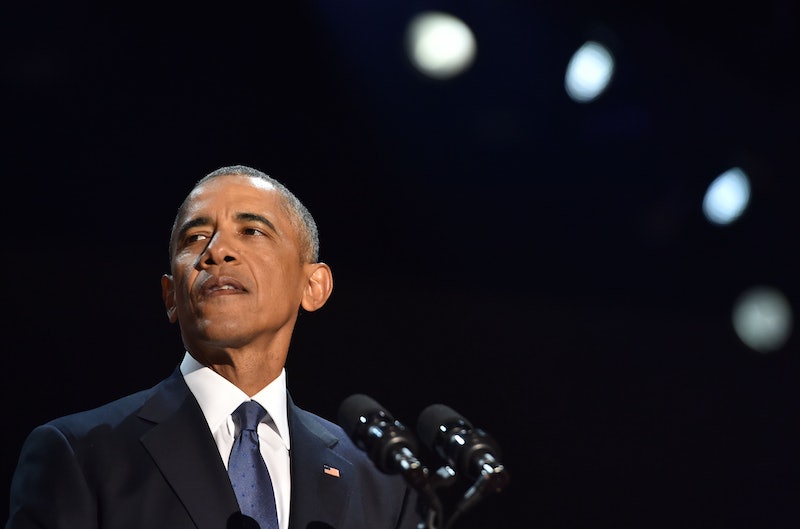 President Barack Obama’s farewell address on Tuesday night was marked by many interjections of applause, but one of the loudest and strongest was Obama’s invocation against discrimination against Muslim Americans.

In a section of his speech that addressed the fragility of our democracy and our nation, Obama invoked the importance of protecting our most core values by not betraying them:

But protecting our way of life requires more than our military. Democracy can buckle when we give in to fear. So just as we, as citizens, must remain vigilant against external aggression, we must guard against a weakening of the values that make us who we are…That’s why I reject discrimination against Muslim Americans.

“The loudest cheers of the night were for ending discrimination against Muslims,” New York Times reporter Jodi Kantor, who was “yards away from President Obama,” said in a tweet.

Trump’s ascension to the White House will make the vigilance described by Obama more important than ever. At several points during Trump’s campaign, the billionaire-turned-politician took aim at the Muslim community, first proposing a travel ban on any Muslim immigrants and then a registry that would track Muslim Americans.

Though the likelihood of these two policies being enacted has been called into question after Tuesday’s Senate hearings for Trump’s top cabinet picks, there still remains the hovering specter of what has been described as “extreme vetting” for immigrants from certain countries, which could contain a religious test.

The consequences of Trump’s actions aren’t merely limited to specific policies he could put in place, either. A report from 2016 found that political rhetoric could have an effect on how Muslim Americans are treated by their fellow citizens.

Obama’s efforts to curb discrimination against Muslim Americans will be more important than ever, especially as Trump takes office. During the presidential debates, Trump asserted that Muslims were going to be required to report members of their own community that they suspect of terrorism.

No doubt many Muslim Americans are fearful of the incoming administration — indeed, there’s a harsh irony to Obama being replaced by the man who repeatedly accused him of secretly being Muslim. But tonight, Obama reminded us that it is our duty to protect our fellow citizens, not just because it’s the moral thing to do, but because the very heart of our democracy relies on it.