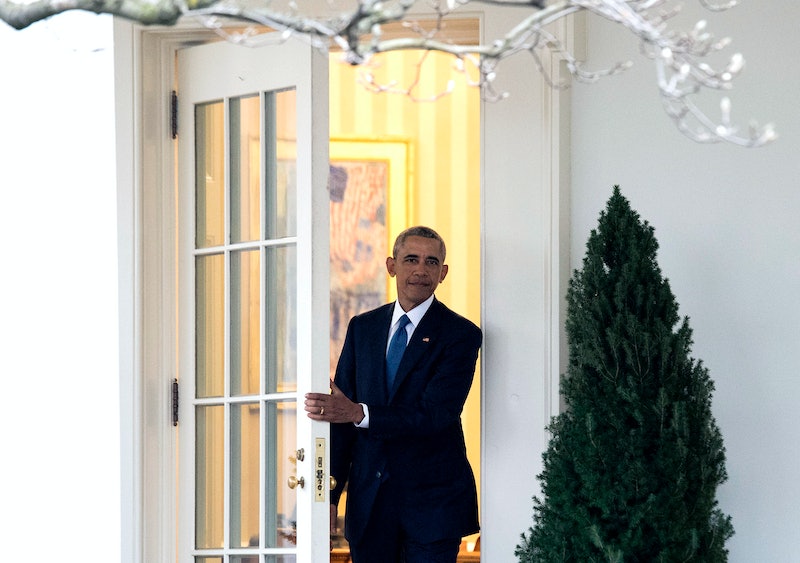 Part of President Barack Obama's legacy will be found online. Obama was the first sitting U.S. president to have a Twitter account, and it's been a pleasure to watch him play tweeter in chief over the last year. On Friday Jan. 20, just hours before the inauguration of Donald Trump, Obama sent out his last tweets as president. If you're a big President Obama fan and can't imagine an America without him as leader, I suggest grabbing a box of Kleenex before reading these tweets.

Obama usually stayed reticent on Twitter during his presidency. He didn't do many tweet threads, and he kept his general feelings calm and measured. He was, by all accounts, presidential. But on Friday, Obama became a little nostalgic in his last series of tweets as president of the United States.

"It's been the honor of my life to serve you," Obama tweeted Friday morning. "You made me a better leader and a better man."

The president said he will continue dreaming and fighting alongside we Americans "as a citizen." He then reminded us about his campaign promises eight years ago — hope and change. This time, however, Obama had an entirely different tone.

"I'm still asking you to believe — not in my ability to bring about change, but in yours," Obama tweeted Friday morning. "I believe in change because I believe in you."

Are you crying yet?

"As we look forward, I want our first steps to reflect what matters most to you," Obama tweeted, inviting Americans to share their opinions on his foundation's website.

These last tweets from President Obama are bittersweet. Obama transferred the POTUS Twitter account to Donald Trump on Friday, in a transaction that was as fascinating to watch as the transfer of power of the United States. Although Obama has only used the POTUS Twitter account since 2005, he's made it his legacy — for the better. The Twitter-addicted Trump, on the other hand, may run this presidential Twitter into the ground.

But before Americans get a feel of Trump tweeting from the POTUS account, let's remember Obama and his last, inspiring series of tweets.