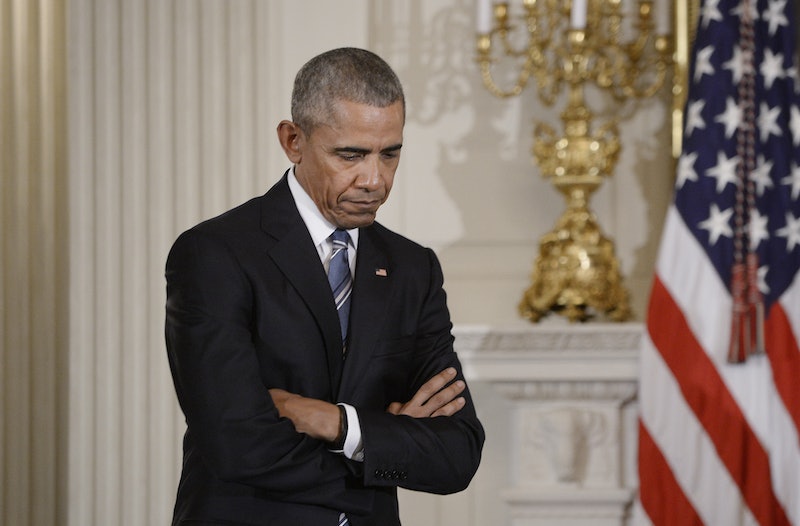 In an interview with CBS' Steve Kroft on Jan. 15, outgoing President Barack Obama warned the 60 Minutes audience about the perils of the extreme partisanship plaguing the American political world. The theme of partisanship and its dangers remained consistent throughout the President's interview, and his resulting message is something both Congress and the American people should take to heart.

In the interview, Obama first brought up the issue of partisanship when asked if anything about being president surprised him, and he responded that he was surprised by the "severity of partisanship in this town [Washington, D.C.]." In responding, Obama also reflected on how much of this partisanship seemingly emanates both from politicians' desires to be re-elected and the fact that they are often pushed to political extremes by their voter bases.

Throughout the interview, Obama used several examples to highlight how severe partisanship in the United States has become. The outgoing President suggested, for example, that failure of Congress to even have a nomination hearing for Merrick Garland, Obama's nominee to replace Antonin Scalia on the Supreme Court, is unprecedented:

...The fact that Mitch McConnell, the leader of the Republicans, was able to just stop a nomination almost a year before the next election and really not pay a political price for it, that’s a sign that the incentives for politicians in this town to be so sharply partisan have gotten so out of hand that we’re weakening ourselves.

Furthermore, toward the end of the interview, Obama cited the Russian election hacking allegations (though Russia has denied any interference in the U.S. election) as reflective of the problems associated with extreme partisanship. The president indicated that he was most disturbed by the fact that, in some circles, people are seemingly suggesting that "Vladimir Putin has more credibility than the U.S. government." Obama went on to say that giving foreign powers more credence that one's own government is relatively new. In fact, he said he "think[s] it’s a measure of how the partisan divide has gotten so severe that people forget we’re on the same team."

But there's a solution to this that's worth remembering. Ultimately, Obama proposed that change has to stem from the American people and a change of public opinion. He seemed to suggest that, in the end, it's citizens that determine what is and what is not acceptable among politicians.

While Obama thankfully acknowledged that he believes the United States' democratic system is stable due to the checks and balances with which the founding fathers designed the system, he thinks that, over time, "big pieces of business" from Washington that need to get done are not going to come to fruition if politicians — and the American people — don't work together on the same team.