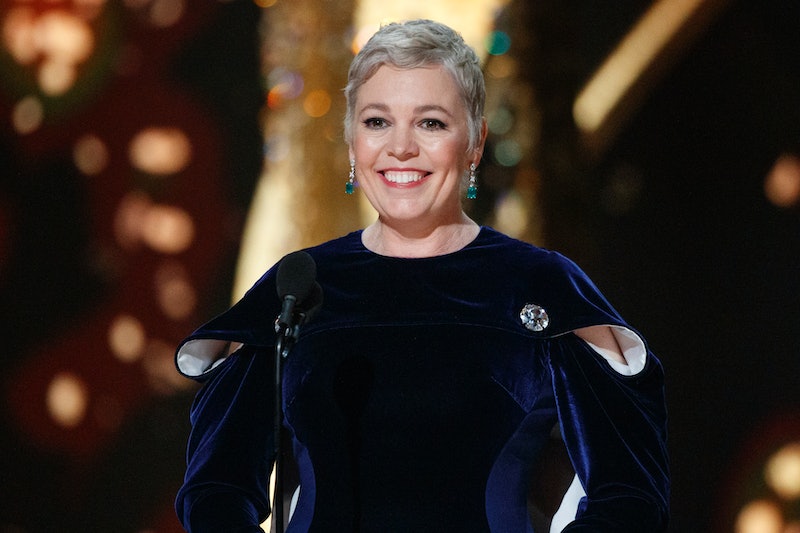 If you thought Olivia Colman's 2019 Oscars speech was memorable, wait until you hear her latest one. At the film world's most glamorous night of the year, Colman sent the 2020 Oscars crowd into fits of giggles. And this time, she wasn't even there to accept an award.

The 46-year-old — who won the 2019 Best Actress award for her role in The Favourite — was invited to the 2020 ceremony to present the Best Actor award. Before handing the golden statue to The Joker's Joaquin Phoenix, Colman decided to show off her British sense of humour.

"Winning an Oscar ages you," she began, referring to her new blonde hair. “Last year was the best night of my husband’s life," the star of The Crown continued, adding: “He actually says that. And I’ve given birth three times. So I hope you’re all having as good a time as he did. And I did.”

Not only did Colman's sex joke cause Hollywood's finest to burst out laughing, it sent Twitter aflame too. "Olivia Colman is a living legend. That is all," wrote one fan, summing up the feelings of most Oscars watchers. "Olivia Coleman cheerfully referencing her vibrant sex life on the Oscars stage: this is a queen's vibe," said another.

Colman has been married to actor, writer, and producer Ed Sinclair since 2001, per the Daily Mail. He memorably accompanied his wife on the 2019 Oscars red carpet; the night where Colman blew a literal raspberry into the on-stage microphone after being told to wrap up her acceptance speech.

“It’s genuinely quite stressful. This is hilarious," she quipped, after receiving the Best Actress award in 2019, promising to give anyone she forgot to mention "a massive snog."

Her speech ended on a heartwarming note. "Any little girl who’s practicing her speech on the telly, you never know," Colman finished. "I used to work as a cleaner and I loved that job, but I did spend quite a lot of my time imagining this."