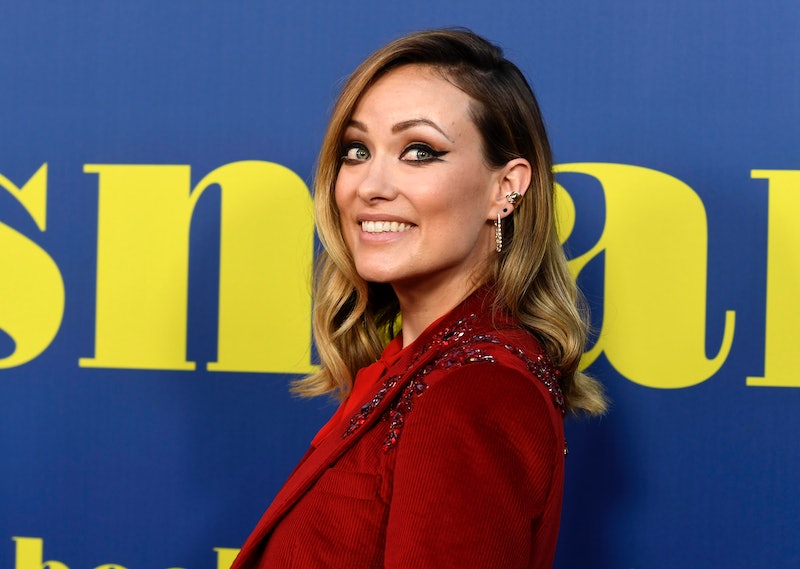 LGBTQ+ representation has come a long way in mainstream media since Marissa Cooper first locked eyes with her most memorable love interest, Alex, way back in 2004. In a recent interview with ELLE, Olivia Wilde joked that The O.C. was "so woke" for her bisexual character, who made her debut on the teen drama more than a decade ago.

Wilde's character, Alex Kelly, was introduced in Season 2 of The O.C. as the owner of The Bait Shop, the live music venue where the characters would go to see bands play. Over the course of her time on the show, Alex dated both Marissa (Mischa Barton) and Seth (Adam Brody), and at the time, the show was praised for increasing bisexual representation on television by introducing Alex to the cast. That said, it was also somewhat of a sensationalized plot point, and the character only appeared in 13 episodes. However, in the years since Wilde left the show, queer representation has changed dramatically on television and in film — which the actor herself was quick to note while reminiscing about her role to ELLE.

"We thought we were so woke in 2003!" she said, comparing the way Alex was portrayed with the much more nuanced portrayal of sexuality in her directorial debut, Booksmart, which features a few LGBTQ characters. "So much has changed, it’s incredible."

While Alex's storyline on The O.C. might not have been perfect, Wilde has been open about how much it means to her to have played such an iconic, openly queer character on the biggest teen drama of the early aughts. "I’m so happy to see how far we’ve come as a society," Wilde wrote on Instagram, while celebrating Alex and her love of hairspray with a #TBT post back in January. "When I think about how sensational it was to play a queer woman on TV back then and now it seems almost quaint and young people are rejecting labels altogether and that is why they shall rule the earth and save us all."

The actor and director admitted to the New York Times recently that she was embarrassed of her time on The O.C. for part of her career. "I used to dismiss The O.C.," she said. "I'd be like, 'I did a teen soap—what an embarrassment." But, after seeing the lasting impact that Alex and her storylines had on viewers, she now feels "lucky" to have gotten to play such a groundbreaking role.

"I didn’t really understand the phenomenon that The O.C. would be or would become," Wilde confessed during an appearance on the podcast Keep It last month. "My role was kind of revealed to the world and it was the sensational storyline of like queer love between two teenage girls on this American soap." It was the reaction to the storyline that helped her realize what a big deal her character actually was. "At the time I was like, 'Well this should be normal. Why is it such a big deal?' But people either got riled up in a good way or got riled up in a bad way. And I was like, 'Well this is an important conversation.'"

"Over the years the significance became clear to me when people would come up to me on the street — it still happens all the time — and say, 'your role on the show helped me come out to my family," Wilde continued. "[It] helped me feel comfortable with my friends and helped me understand I could be like this — like I can kind of own my sexuality in a comfortable way.' I was like, 'Whoa, that’s an honor.'"

It seems that seeing the way that Alex had — and still has — a major impact on teen viewers inspired the way that Wilde handles the sexuality of one of the main characters in Booksmart. In the film, Kaitlyn Devers' character, Amy, is an out (and outspoken) lesbian, but her storyline isn't focused solely on her sexual orientation. "She's a queer character but there's no coming out story," Dever told Bustle before the movie's release. "I didn't want to put a spotlight on her sexuality ever. We didn't want to put a spotlight on it, because that’s not what this generation is about. We don't necessarily have to put a specific label on anything anymore, you can be whatever you want to be."

"In the past, a gay character in movies that I have seen, they're almost put in the movie to make sure that there is a gay character," she continued. "And that is something that Olivia never wanted to do."

Things truly have changed dramatically in terms of LGBTQ+ representation onscreen since Wilde first appeared in The Bait Shop all those years ago — and now, as a director, she's helping to push the conversation about queer characters even further.