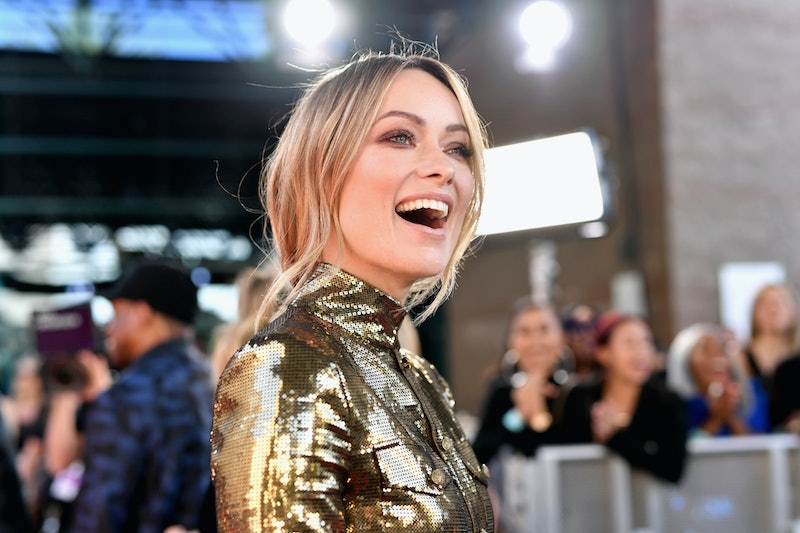 Most fans know Olivia Wilde from her breakout television role on House, or for one of her blockbuster films, including Tron: Legacy and Cowboys & Aliens. But for other fans, she'll aways be known for her character on classic drama The O.C. The actor played Alex Kelly, a bisexual young woman who ended up dating both Seth Cohen (Adam Brody) and Marissa Cooper (Mischa Barton) during Season 2. It was a groundbreaking role for its time, and Olivia Wilde's comments on her queer O.C. character show she doesn't take that honor lightly.

Wilde reflected on her role during an interview on the Keep It podcast, explaining that she initially didn’t realize the significance of what she had signed up for when she joined the show in 2005. “I didn’t really understand the phenomenon that The O.C. would be or would become,” Wilde began. “I was just 19 and shooting this movie Alpha Dog on the weekends and I was going back and forth between these sets and then it came out. My role was kind of revealed to the world and it was the sensational storyline of like queer love between two teenage girls on this American soap.”

Soon enough, Wilde eventually realized the true impact of her role, and The O.C. in general, in a very special way. “Over the years the significance became clear to me when people would come up to me on the street — it still happens all the time — and say, 'your role on the show helped me come out to my family, helped me feel comfortable with my friends and helped me understand I could be like this — like I can kind of own my sexuality in a comfortable way.' I was like, ‘Whoa, that’s an honor.’”

Although Alex Kelly will live on in our hearts forever, Wilde is up to some other significant things these days. The actor is about to make her feature film directorial debut with Booksmart, which has already received raves from critics, and currently holds a rare 100% rating on Rotten Tomatoes. On Keep It, Wilde opened up about how she overcame her own insecurity to sit in the directors' chair.

"I slowly realized that directing is where it’s at for me," Wilde said. "But I took awhile to kind of gain the courage and to kind of feel like I was worth it because I didn’t go to film school so in my head that was always kind of repeating in the back of my consciousness like, 'You didn’t go to film school, you can’t possibly direct.' And then I realized like wait — I’ve grown up on set. Now I’ve shadowed so many great directors. Essentially I have gone to my own kind of film school and why do we do that to ourselves? We get in the way of our dreams."

It's nice to think that playing Alex on The O.C. helped pave the way for Wilde to finally take a seat in the director's chair. If playing a groundbreaking queer character on a teen soap isn't it's own kind of film school, what is?

More like this
The Best 'Grey's Anatomy' Intern Moments, From MAGIC to Glasses
By Grace Wehniainen
24 Years Ago, 'Friends' Dropped Its Most Underrated Ross & Rachel Episode
By Grace Wehniainen
Netflix Reveals First Look At Wednesday In The 'Addams Family' Spinoff Series
By Bustle Editors
Lindsay Lohan & Jonathan Bennett Celebrated Mean Girls Day Very Differently
By Jake Viswanath
Get Even More From Bustle — Sign Up For The Newsletter