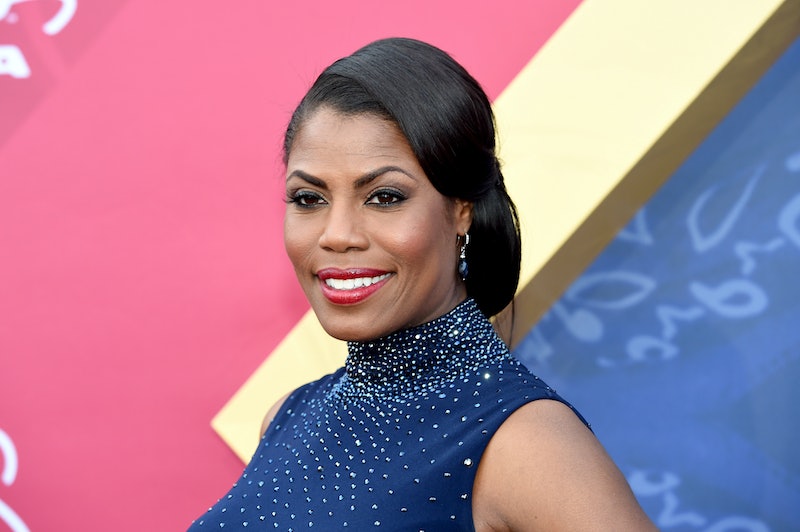 Although she left the White House in December, Omarosa Manigault Newman continues to make headlines with Unhinged, her tell-all book about Donald Trump and the White House. On ABC News’ The View on Monday, Manigault Newman talked about Hillary Clinton being “robbed” in the 2016 American presidential election, saying, “You know, Hillary Clinton was robbed. And I was a co-conspirator in that robbery.”

In the interview, Manigault Newman told anchors on The View that she would feel remorse for being involved in the so-called "robbery" for the "rest of [her] life." With her own help along with other individuals on Trump's presidential campaign, Manigault Newman said that they all "helped this con man get in office."

When asked to explain how exactly Clinton had been "robbed" in the 2016 presidential race, Manigault Newman said, "You know, it's very clear if you look at the the report from the intelligence community that Russia assisted Donald Trump with getting elected. He may ignore it. But I actually respect the intelligence community and their findings in that report." (Trump has denied all allegations of collusion between his campaign and Russia.) It's an "air-tight" report, the former White House aide told her audience.

The former White House aide, who was once an unapologetic supporter of Trump, also said that she began questioning her loyalty to the president when she “discovered” he was — figuratively-speaking — setting the country on fire. “I discovered that Donald Trump was an arsonist trying to burn down this country and at some way, I was complicit handing him matches and giving him more fuels for his fire,” Manigault Newman said.

In August, Manigault Newman made news by releasing an audio recording of White House Chief of Staff John Kelly firing her. She told NBC’s Meet the Press that she did it to protect herself with “no regret.”

Response from the White House was swift. Press secretary Sanders said, “The very idea a staff member would sneak a recording device into the White House Situation Room, shows a blatant disregard for our national security, and then to brag about it on national television further proves the lack of character and integrity of this former White House employee.”

While speaking on The View, the former reality television participant said, “[Donald Trump] has sicced his entire legal team on me to stop any further release of tapes. He wants to make sure that I'm silenced so I don't talk about the bribe that Lara Trump tried to offer me for $15,000 per month." (Manigault Newman released a tape in August in which Trump can be heard offering her a campaign position with a salary of $15,000 per month. Manigault Newman characterized it as a bribe, while Trump claimed she made the offer before she understood "the basis of [Manigault Newman's] dismissal.")

"They want to shut me down," Manigault Newman said, "and so every time like the announcement that I was coming on, my attorney who is backstage got a phone call from his legal team." But in spite of criticism from the White House, Manigault Newman has shown little to no signs of slowing down so far.