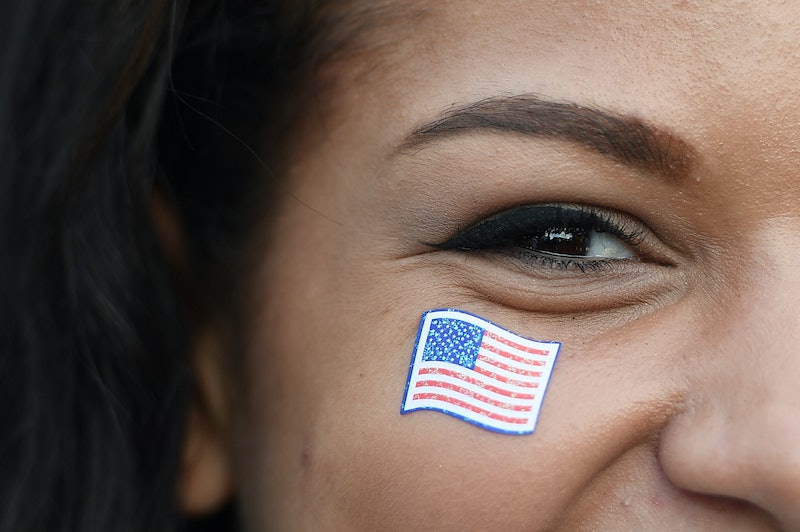 I know many people have a lot of reservations about protesting. As anyone who's ever been on a conference call knows, collective action can be frustrating and hard. Despite this, on Jan. 21, 2017, Americans across the country should go out and demonstrate against the inauguration of Donald Trump. No, I don't think it's going to magically reverse his Electoral College victory, nor do I think it will instantly inspire conservative congresspeople to make women's rights a central aspect of their work. However, the Women's March on Washington (and its many associated sister marches throughout the country) is the best vehicle Americans have right now to send the clear message that any dire changes about to happen in the United States will not occur with their consent.

Trump has already shown his willingness to refuse to believe provable facts when it doesn't suit him. Trump lost the popular vote by nearly three million votes, yet he continues to make bizarre, false claims about "millions" of illegal votes. As Trump spends the next four years bragging about a "massive landslide victory," which he has already begun to do, it is critical that Americans not let their president arbitrarily rewrite history. Showing up to inauguration protests in force will rebuke that lie, reminding Americans that Trump doesn't have any mandate at all.

Indeed, the massive turnout expected at the Washington, D.C. march has already made headlines: 1,200 buses have applied for permits for the January 21 protest, compared to only 200 for the inauguration. If protesters march in force throughout the country, this will keep the focus on how little support Trump has, undermining his policy goals for at least the next several months.

For a candidate whose entire public persona is based on winning, unpopularity is quite damaging to Trump, and he knows it. His repeated insistence that the inauguration will be huge, like his insistence that he didn't even want the celebrities who are apparently refusing to perform for him, indicates that even Trump himself knows how damaging public embarrassment at inauguration weekend could be.

Public demonstration is also necessary as a public, citizen-based rebuke of Russia's involvement in the election, which should deeply concern Americans of all political stripes.

Imagine how Republicans would have reacted if Clinton won and it was revealed that Russia had involved itself on her behalf! GOP senators and representatives would likely refuse to do their jobs — much as many Republicans did after President Obama nominated Merrick Garland to the Supreme Court — for the entirety of her presidency. They would refuse to acknowledge the legitimacy of her election — much as many Republicans did in the face of completely false allegations that President Obama was not born in the United States.

Conservatives have openly opposed a president they disliked before, but they are not standing against Donald "You're the Puppet!" Trump. The same Trump supporters who refused to accept the election results if Clinton won are flinging their favorite insult — "snowflake" — at the Americans who oppose Trump, even in the face of claims from the CIA that Russia interfered in the election to help Trump win.

Liberals and conservatives alike should be aligned in opposition to the interference of a foreign power in our election, but that isn't what's happening now.

American women have many reasons to be distraught about the upcoming inauguration: the fact that a woman won the popular vote but was still denied the White House, the fact that the incoming administration will be led by a man who was caught on tape bragging about sexual assault, and the many, many anti-feminist policies that he and his administration have promised to implement.

Trump has already shown his willingness to lie in order to downplay Clinton's historic popular vote victory and to insist that he represents a majority mandate. He will claim a fake mandate as he defunds Planned Parenthood and drastically increases the cost of birth control. If he implements his dreadful, inadequate plan for maternity leave and childcare, he will tell Americans that it's what they voted for. But for millions and millions of Americans, this isn't true.

If we as citizens do not make a public statement that this president was elected by a minority of Americans and apparently with the help of a foreign government, Trump will spend the next four years — or more — rewriting history.