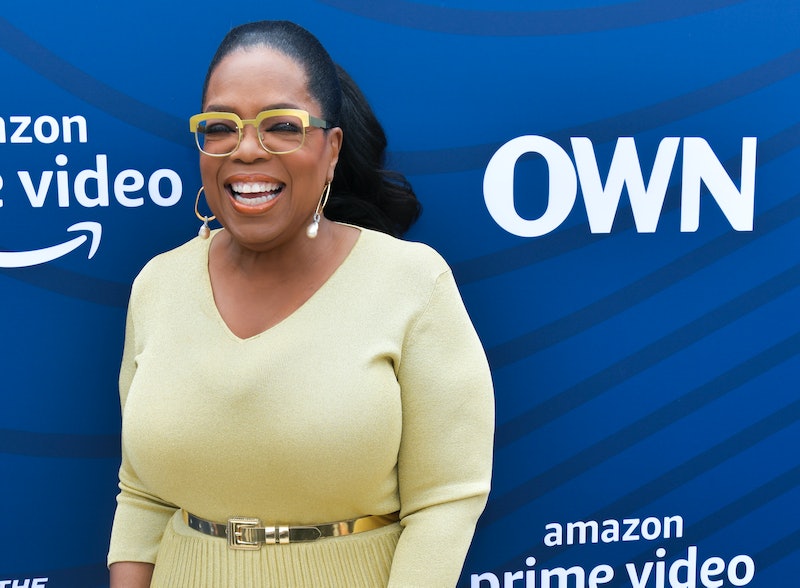 While discussing the Democratic presidential primary with the Hollywood Reporter, Oprah Winfrey brought up Pete Buttigieg, and revealed that she has a bit of a nickname for him. Winfrey said that she refers to the South Bend mayor, whose last name is notoriously difficult to pronounce, as "Buttabeep, Buttaboop" — and in a subsequent interview, Buttigieg said that this is just fine by him.

"Right now, I'm studying the field," Winfrey said when asked how she will exert her "cultural power" in the 2020 race. "I'm reading Shortest Way Home by [Buttigieg]. I call him 'Buttabeep, Buttaboop.' The name's either going to really hurt or [really help] — I think it's going to help, actually."

Winfrey added that she recently encouraged director Steven Spielberg to look into Buttigieg, who's been surging in Democratic primary polls in recent weeks.

"Just the other day, I was at Apple with Spielberg and we were in the hallway talking about, 'what are we going to do?'" Winfrey continued. "And I said, 'Have you heard of this Butta guy?" He goes, 'No, Butta-who?" I go, 'Buttabeep, Buttaboop. Look him up.'"

Winfrey, who ruled out a 2020 run herself in 2018, hasn't endorsed Buttigieg, or any of the 20 Democrats running for president so far. Rather, she said that she's "quietly figuring out where [she's] going to use [her] voice in support" during the race.

After the Hollywood Reporter interview was published, Buttigieg did an interview with WGBH in Boston, and jokingly suggested that the shout-out Winfrey gave him was more important than his recent polling surge.

"In the car on the way over, somebody just said that Oprah mentioned me, which is arguably a bigger deal than coming in second in a poll," Buttigieg said.

After jumping into the presidential race with little to no national profile, Buttigieg has vaulted into the top-tier of Democratic presidential contenders; according to RealClearPolitics' polling average, he's currently tied for third place, alongside Sen. Elizabeth Warren and behind Sen. Bernie Sanders and former Vice President Joe Biden. Over at the betting site PredictIt, Buttigieg currently has the fourth-highest odds of winning the nomination, behind Sanders, Biden, and Sen. Kamala Harris.

Buttigieg wasn't the only 2020 Democratic contender Winfrey mentioned in her Hollywood Reporter interview. She said she's also keeping an eye on Harris and former Rep. Beto O'Rourke, and that she's already familiar with Sen. Cory Booker.

"I have Kamala [Harris]'s book," Winfrey said. "I just got the Vanity Fair piece on Beto [O'Rourke]. I'd done some research background stuff on him before. I already know Cory [Booker]."

Winfrey also disputed a line in the aforementioned Vanity Fair piece in which it was claimed that she "practically begged" O'Rourke to run for president before he jumped into the race.

"Oh, I do not think I practically begged him," she told the Hollywood Reporter. "When I read that, I thought, 'That's not accurate.' What I was practically begging for is, 'Will you tell me if you're going to [run] in this moment right now?'"

Although Winfrey didn't make any endorsements in the 2020 race, she strongly implied that she eventually will.