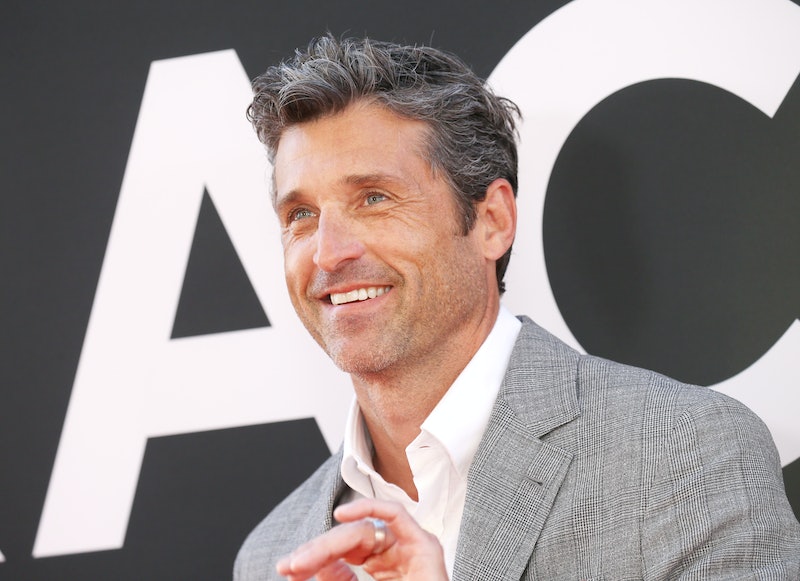 McDreamy will soon return to broadcast TV. Patrick Dempsey’s new show Ways & Means sounds like a major departure from Grey’s Anatomy. The actor will play the lead role in and executive produce the CBS political drama that follows a powerful congressional leader who has become disgruntled with politics. In a secret partnership with a young congresswoman from an opposing party, the politician will work to “subvert the hopelessly gridlocked” political system in which he “helped create,” per the synopsis provided to various outlets.

Ways & Means will be penned by SEAL Team showrunner Ed Redlich and political consultant Mike Murphy. Former CBS Entertainment chairwoman Nina Tassler will executive produce alongside Unforgettable producer Denise Di Novi. The series will mark Dempsey’s first return to broadcast TV since his role as Derek Shepherd — hailed as “McDreamy” by fans — in the ABC medical drama Grey’s Anatomy for 11 seasons. He last starred in the 2018 Epix mystery series The Truth About the Harry Quebert Affair in the titular role of Harry Quebert.

The new series comes as good news for McDreamy fans who still mourn the death of the fictional neurosurgeon via car crash in Season 11. In an interview with PEOPLE in 2016, Dempsey dished on his departure and said, “It was time for me to move on with other things and other interests.” He added, “I probably should have moved on a couple of years earlier. I stayed a bit longer than I should have.”

When it came to discussions with creator Shonda Rhimes, “it was clear we were both ready,” Dempsey said. “We kept it very quiet,” he added. “I knew he was going to be gone, but I didn’t know how she was going to handle it. Shonda just said, ‘I’m going to do it in a really good way’ and she did her thing.”

The Ellen Pompeo-led medical drama is still on air and currently in its 16th season. Despite Dempsey’s decision to leave the show, there appears to be no bad blood among the cast. While on Red Table Talk in 2018, Pompeo admitted that she hadn’t spoken to her former on-screen beau since his departure — but had “no hard feelings toward him.” She said, “He's a wonderful actor, and we made, you know, the best TV you could make together... He did 11 amazing years."

While a McDreamy comeback is not plausible, Grey’s enthusiasts can at least look forward to a political variant of the beloved neurosurgeon in Ways & Means.

More like this
'Grey's Anatomy's New Intern Got Advice From Dr. Bailey Herself
By Grace Wehniainen
Did 'Grey’s Anatomy' Just Drop A Major Taylor Swift Easter Egg?
By Grace Wehniainen
How Much Are The 'Schitt’s Creek' Stars Worth?
By Hugh McIntyre
‘SNL’ Finally Spoofed Nicole Kidman’s Weirdly Beloved AMC Ad & Nailed It
By Stephanie Topacio Long
Get Even More From Bustle — Sign Up For The Newsletter