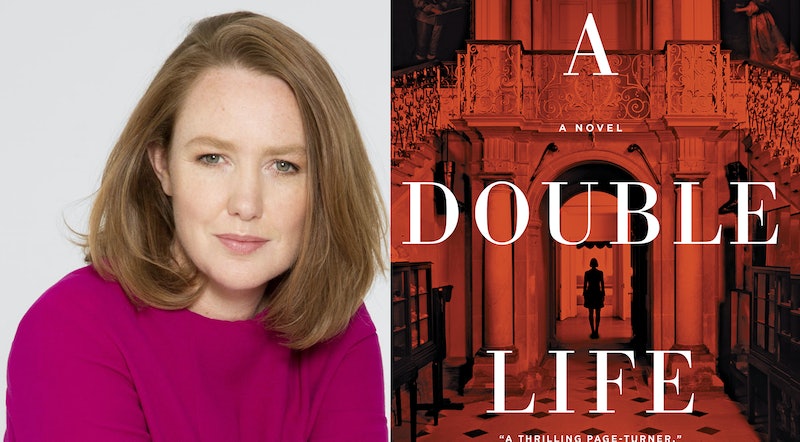 Each month, the Bustle Book Club asks an author to recommend a book they think everyone should read. In February, The Girl on the Train author Paula Hawkins recommended A Double Life by Flynn Berry. Follow along with the book club on Bustle and join the conversation on Goodreads.

For the February edition of Bustle Book Club, I asked The Girl on the Train author Paula Hawkins to recommend a book to get you through the worst of winter, and she chose A Double Life by Flynn Berry. Read on for details about the book, and enter now for a chance to win a book bundle that includes novels by Flynn Berry and Paula Hawkins.

Here's why Paula Hawkins wants you to read A Double Life, in her own words:

"In quiet and meticulous prose, Flynn Berry vividly re-imagines one of the most notorious crimes of 20th century Britain. A Double Life is a thrilling page-turner, but it is also a compassionate and angry book: with forensic precision, Berry picks apart lives derailed by violence and the ways in which class privilege protect the guilty."

A Double Life centers on Claire, a doctor in London with a gruesome past: 30 years ago, a brutal murder was committed in her family's townhouse as she and her brother slept upstairs. The next morning, her father's car was found abandoned. He's been missing ever since, and he is the number one suspect in the grotesque crime.

Now an adult, Claire is desperate for answers: Why would her father — a lord — do something so terrible? Where is he now? And why did his privileged, elite friends work so hard to keep him out of prison? As she works to uncover the truth, Claire discovers just how far she's willing to go to get the full story about her father, her mother, and the night that changed the whole course of their lives. As you read, you can chime in to the discussion on Goodreads.

In an interview with Bustle, Flynn Berry talks about her love of book clubs. "First of all, when you love a book, there is nothing better than talking about it with other people," she says. "At least, I always want to cook the food that the characters are eating, or watch the movies that they've seen, or go to the places that they've visited. It seems like a book club is an extension of that, where you can live in the world a little longer."

Follow along with the Bustle Book Club on Goodreads.