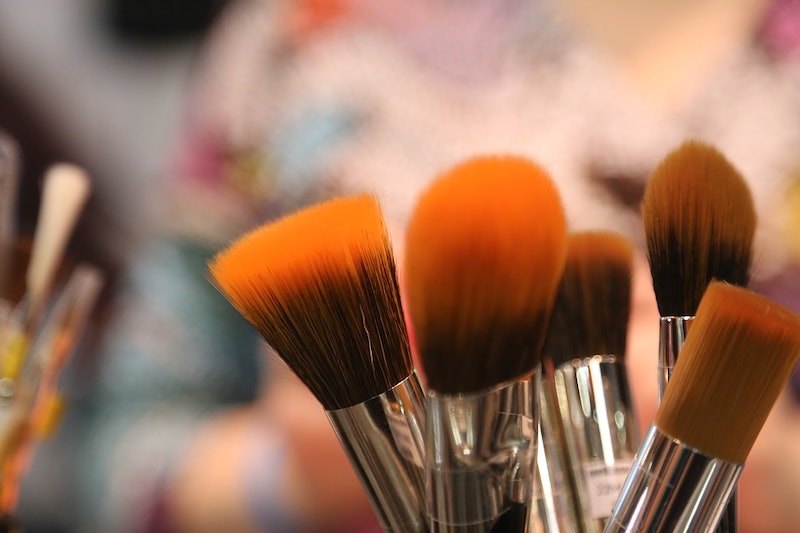 How would you like it if you showed up to work one day after the business was placed under new management and learned out of the blue that the makeup you were wearing was no longer considered "appropriate?" That's exactly what happened to one employee, who understandably expressed frustration after being reprimanded for their makeup at work.

The story was shared by a Facebook page called Spotted Portsmouth, which shares, among other things, stories and rants that followers can message in. One story, posted yesterday, has gone viral and garnered support from all corners of the globe. The person who submitted it prefaced it by pointing out that there is no makeup policy where they work; and in fact, some colleagues wear far more makeup. But that's not the point.

The point is that until new management took over, there were no problems in the cosmetics department for as long as this employee worked there — around eight or nine months! In fact, management thought it looked great and sometimes complimented it. The new people in charge, however, made their own demands: take off the makeup and "tone it down."

But enough of my yammering. Don’t take my word for it. Check out the makeup that needed to be “toned down” for yourself.

In the post, he says, "Earlier on in the week I came to work as my fabulous self and was told to take off my make-up. I was quite shocked... After I refused, I'm getting told to tone it down? Excuse me? Tone it down? You can't tone down a masterpiece." What was really the problem here? Too much makeup? Nah, that can't be it. And let's be honest: these might be the best eyebrows I've ever seen.

Fine, fine, I'll say it: THEY WEREN'T COMFORTABLE WITH A DUDE WEARING MAKEUP.

There. I said it.

"I felt this was discriminatory? Obviously I'm not going to take off my make-up when all my other (female) colleagues are able to come to work as their fabulous selves," he said, pointing out that some coworkers come in with bright red hair or blue eyeliner, and nobody says anything.

He continues, "But guess what, this is 2017, a time of year where we celebrate Pride throughout summer and I look hella hot so deal with it! It's wrong to blatantly discriminate for whatever reason that may be."

I can't imagine who'd have a problem with a gorgeous mug like that, and neither can a lot of people. At the time of this article, the post has gathered over 2,000 likes, 600 comments, and almost 200 shares.

Support is flooding in, and the comments are promising: "Wear your makeup with pride you look fantastic x," says one woman. Another offers, "Makeup was never exclusive to women. If you think that it was ONLY meant for women, you can always go through history books. P.S-He looks fabulous " Yet another says, "Your make up is amazing and you are gorgeous. Keep it up."

Unfortunately, there are a few folks in there who still haven't come to accept that every human being has the right to do with their bodies as they please. "Pretty boy Be a man. Grow up," reads one comment. Says another, "Oh FFS, go self employed then and do your own thing if you don't like having to follow a company's rules. If u don't like it, find somewhere else?" Says one particularly disgruntled fellow, "It's a f*cking joke. I think people like him wear make up just to be centre of attention so they can complain about how hard there life is. Yes not everybody agrees that men wearing make up is acceptable. So with that in mind your asking for acceptance on your appearance but won't respect the opinion of others. Bloody joker." Oof! That one almost hurt a little.

People are throwing a fit, and I'm over here wondering how he applied his foundation so evenly.

The discrimination happening here is obvious. Allow me to point out a few things:

As one savvy Facebooker pointed out, men have been wearing makeup for years. The earliest record of men wearing makeup comes from China and Japan in 3000 BC. A couple thousand years later, ancient Brit warriors followed. Romans painted their heads to hide premature baldness, and wigs and beauty spots followed in the court of Louis XIII. Men were wearing makeup, wigs, and nail polish many moons ago, friends.

Even without years and years (and years) of men experimenting with cosmetics and various beauty trends to back him up, I'd hardly call this gentleman and his gorgeous face outrageous or over-the-top. Workplace discrimination is still a thing. Women are sent home for not wearing heels and fired for coming to work with their hair natural, and we're outraged — as we should be. Why would we not expect the same acceptance and equality for men, and be furious when it's denied?

And, and.... IT'S 2017! We're talking about self-driving cars and commercial flights to the moon, and you people want to throw a fit over a guy wearing makeup? A man was on the cover of Covergirl, for crying out loud. It's over. It's happening. Men wear makeup. Move on with your life!

Nobody's perfect. We all make mistakes, and we're all still learning. Let's hope this company uses this opportunity to create a more welcoming, inclusive, accepting workplace environment that employees will enjoy stepping into every day.