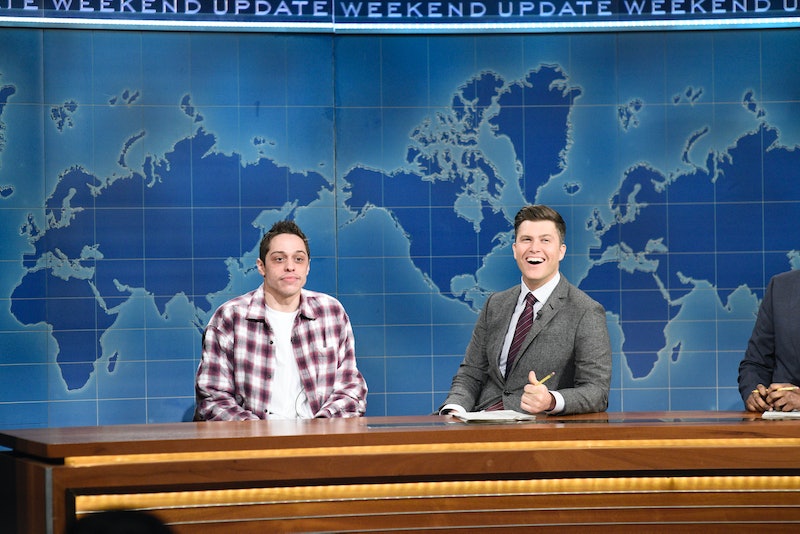 As much as fans may love Saturday Night Live, not everyone finds the show's particular brand of comedy all that amusing these days. In fact, during a recent interview with TV and radio personality Charlamagne Tha God, cast member Pete Davidson revealed he almost quit SNL last year when he began growing tired of being the butt of so many jokes. The comedian went on to say that it forced him to realize that he's now reached the point where he's outgrown the show and might need to move on to something new.

“I personally think I should be done with that show, because they make fun of me on it,” Davidson confided to Charlamagne Tha God. “I get it, but, like, I am cold open political punchlines, I am Weekend Update jokes… When I’m not there, they’ll be like, ‘Uh huh, Pete Davidson’s a f*cking jerk face.’ It’s like, whose side are you on?" Davidson, who has spoken publicly about his struggles with mental health, went on to explain how at times he has a difficult time telling if his colleagues are all laughing at his expense or whether he's meant to be in on the joke. And that uncertainty has apparently to a somewhat stressful work environment.

“I have a weird feeling in that building where I don’t know whose team they’re playing for,” he continued, while admitting, “I really wanted last year to be my last year, but I’m still around and trying.”

Fortunately, it hasn't been all bad on the Saturday Night Live set, thanks in large part to series creator Lorne Michaels, who Davidson feels “is like a father figure” to him. But while he's grateful for the time he's had on the show and the many lessons it has taught him along the way — especially when it comes to being a live performer — he said he feels like he’s “just fodder now” and thinks it may be time to move on.

“They think I’m f*cking dumb. I’m literally painted out to be this big dumb idiot," Davidson added, while discussing all the reasons he has for wanting to make a clean exit. “For what I can do on the show, which is just barely anything — and it’s just Weekend Update. I feel like I’ve done 30 of those and I just feel like, yeah, I’ve done as much as I can over there.”

Davidson has yet to officially leave the show, but given how unhappy he seems to be there, it may be only a matter of time before those words get turned into actions.

More like this
‘SNL’ Finally Spoofed Nicole Kidman’s Weirdly Beloved AMC Ad & Nailed It
By Stephanie Topacio Long
How Much Are The 'Schitt’s Creek' Stars Worth?
By Hugh McIntyre
Jonathan Bailey’s BTS ‘Bridgerton’ Photos Celebrate 6 Months Of “Kanthony”
By Stephanie Topacio Long
Nicola Coughlan Addresses 'Bridgerton' Season 3 Backlash
By Sam Ramsden
Get Even More From Bustle — Sign Up For The Newsletter