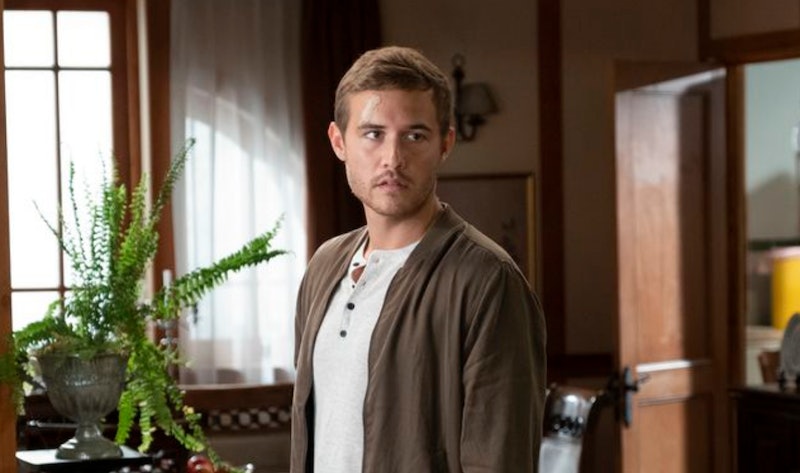 Between sending Alayah home only to let her come back and then sending her home again to blindsiding Victoria P and giving anyone who cries a rose, Peter has repeatedly made the worst possible choices on The Bachelor. But for viewers, the Feb. 10 episode was the final straw in a long list of grievances. And now, Twitter has officially dubbed Peter the worst Bachelor ever.

The moment that pushed the internet over the edge was when Peter sent Kelley — probably the most normal, grounded contestant on the show — home. Just before Peter broke the news, Kelley said she was proud of him for being a "big boy" when he pulled Victoria F. aside. She thought he was going to tell her goodbye. Unfortunately, Kelley was wrong, and her response to leaving perfectly reflected how Bachelor Nation is feeling. "It sucks that it didn't work out," she said. "Figure out what you need to figure out." That's code for, "Get your sh*t together, Peter."

In response to the previous criticism he's received, Peter told E! that he was "definitely getting some tough skin," but that he was a bit disappointed. "I understand that there's a lot of drama right now and things are kind of crazy, but I do think it's a little...it's too bad a lot of the criticism and a lot of hate that's kind of been kind of coming out," he said. "I wish that people could more focus on spreading love and just more positivity and not so much negative stuff, because again ... we're all human."

That may be, Peter, and your recent head injury probably hasn't helped your decision-making. But we're 24 seasons into this trainwreck now. Fans know a bad Bachelor when they see one.

More like this
‘The Ultimatum: Queer Love’ Is Officially On The Way
By Radhika Menon and Kadin Burnett
Here’s When You Can Expect More ‘Indian Matchmaking’
By Brad Witter
Molly-Mae Hague & Tommy Fury Celebrate Pregnancy Reveal In The Sweetest Way
By Sophie McEvoy and Sam Ramsden
Wait, Did Nate Actually Turn Down Being The Bachelor?
By Kadin Burnett
Get Even More From Bustle — Sign Up For The Newsletter