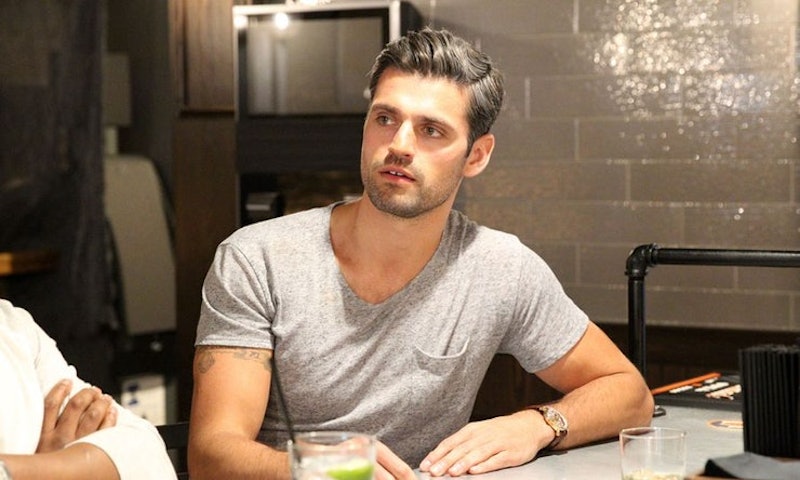 Drum roll, please. After plenty of hype, Bachelor creator Mike Fleiss made an announcement that people seem genuinely excited about. Peter Kraus will be on The Bachelor: Winter Games, and fans already can't contain their excitement about seeing the alum from Rachel Lindsay's season getting another shot at love — or in the very least, more screen time. On Wednesday night, Fleiss wrote,

"Yes, Peter will be looking for love-- and going for the gold-- on #TheBachelor Winter Games!!!!"

Of course, in typical Fleiss fashion, he almost made it seem like Peter would be joining Arie Luyendyk Jr. for a joint Bachelor season. Key word: Almost. But alas, that's not the case. Instead, Rachel's runner-up will be part of the already exciting-sounding season of Bachelor: Winter Games, where contestants from former seasons of The Bachelor and The Bachelorette are competing for love and pride. (Or apparently gold medals, based on Fleiss' tweet.) The show will coincide with the 2018 Winter Olympics, so naturally, it's an international event as well. That's right, members of other Bachelor franchises are joining forces for Winter Games.

Now, back to Peter. Considering how disappointed people were when Rachel didn't choose him, there's no doubt fans are pumped he'll back on TV. Especially since they were doubly bummed — or at least, surprised — when Peter didn't become the next Bachelor, so this sure seems like a solid consolation prize. Plus, he didn't even go on Bachelor In Paradise.

Unsurprisingly, fans weren't silent about their excitement. In fact, many responded to Fleiss' tweet as quickly as possible with their approval.

And Popcorn Already Getting Popped

You'll want to settle in to watch what goes down.

The Joy Cannot Be Contained

Peter's got a loyal fanbase. That's for sure.

Some Were Critical Of Past Missteps

Seriously, why was Peter not the Bachelor? Why?

Others Let It All Out

Really, it's what the people wanted.

Even Will Ferrell Was Excited*

*OK, not quite. But this person tweeting a GIF of the actor was pretty pumped.

Is this not the best news you've heard all day?

It's Never Too Late

Maybe this will even make him a stronger contender for a future season.

Oh, & There Was Dancing

Happy dances, that is.

Even though Fleiss shared the big news, Peter has yet to comment himself. Considering how active he's been on Instagram since The Bachelorette, it's surely only a matter of time. It was actually after he was eliminated from the ABC show that Peter really opened up to fans. He got introspective on Instagram, writing,

"Upon leaving the @bacheloretteabc I was asked, 'what did you learn about yourself during this process?' And at the time I naively said 'nothing that I can think of.' Now... looking back... I realize I learned one of the single greatest teachings of my life: When you let uncertainty or fear guide your decisions, you risk missing out on what could potentially be the greatest opportunity of a life time."

His post implied he regretted not opening up more to Rachel. As fans famously remember, Peter couldn't bring himself to propose to Rachel, and ultimately, that led to their relationship's demise.

Now that Peter's life motto is to "live dangerously, live without the fear of the unknown, and continue to live and love with a heart that is truly open to anything," there's no better time for him to hop back into the Bachelor franchise. While other castmates have yet to be announced, Peter joining is already reason enough to tune in.