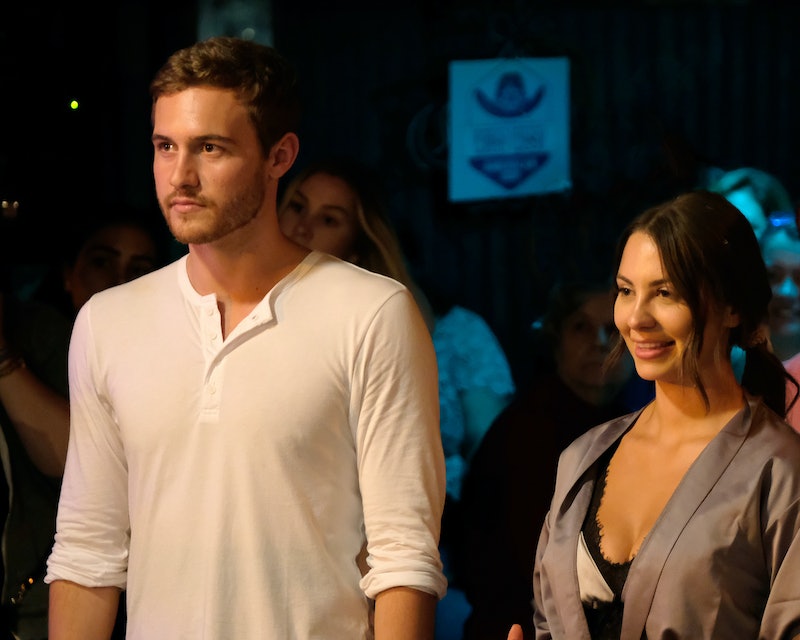 Peter has remained firm that his Bachelor ending can't be spoiled, and now, he's sharing a little more about why. During a Q&A with Cosmopolitan from the photoshoot that was featured in Monday night's episode, he explained that the much-teased moment in which Chris Harrison tells him everyone just found something out "really messed with him."

"That last week, for sure, was the absolute hardest week of my life," Peter said. "It just put me just through the ringer. I've never had another week like that in my life. I literally felt every type of emotion at its most extreme ... I didn't know how I was gonna react or take it, and I guess that's part of the reason why the ending will never get out."

In the season teaser, after Harrison breaks the shocking news, Peter is visibly distressed. "I feel like I'm going to pass out right now," he says at one point. "That's just like the last thing I needed to hear." It's all very dramatic and intense... and also incredibly vague.

"I keep telling people that last week was the hardest week of my life, and it didn't stop until the very end,'" Peter told Glamour. "That's not like an 'Oh, let's tease this and have it be an 'Eh? That's all?’ No. It's not overproduced at all. I promise you." In an interview with People, Harrison called the ending "gut-wrenching" and "more emotional" than past seasons — which says a lot considering Hannah B.'s ended with a broken engagement.

In fact, not even Reality Steve, who is the authority on all things Bachelor, knows how Peter's final rose ceremony unfolded. But he and the rest of Bachelor Nation have conjured up some pretty involved theories about it.

One of the most popular ones is that the season hasn't actually finished filming, and that the season will be resolved in real-time on After the Final Rose. Others have speculated that Peter leaves the show altogether, or that he chooses none of his contestants and ends the season still single. At this point, what's going to happen is anyone's guess, but there's plenty of time (including a bonus Wednesday episode) left to figure it out.