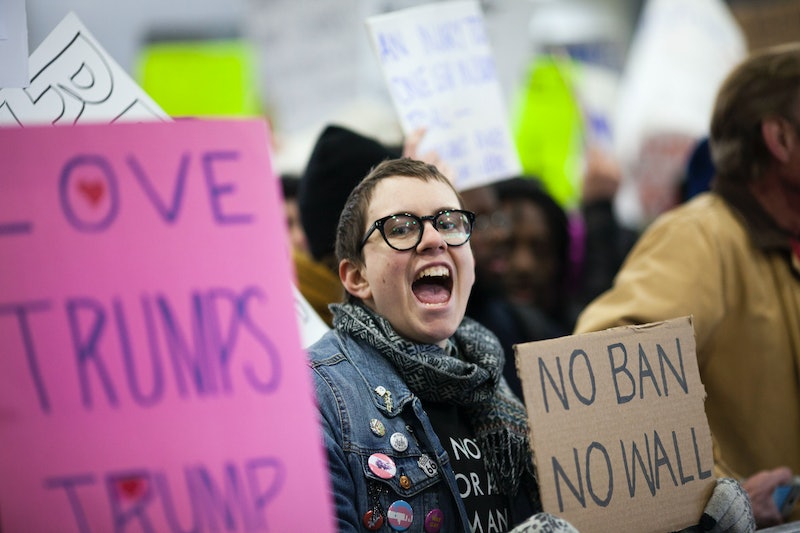 Thousands of protests gathered in cities across the country Sunday to protest Donald Trump's executive order banning refugees and migrants from Muslim-majority countries, proving that the resistance to his administration has some serious staying power. The powerful Women's March last weekend wasn't the end of the new spirit of activism fostered in the wake of Trump's inauguration — people haven't given up or gotten distracted from blocking Trump's discriminatory policies. Photos from the Muslim ban protests are so inspiring because they show that the American values Trump is actively eroding aren't going down without a fight.

If for whatever reason you couldn't make it to a protest today, make a plan to demonstrate the next time you can. Although it may look like the point is proved from the size of these protests, Trump has already indicated that it hasn't had any effect on changing his mind. It's perfectly fine to keep living your life and protesting in your free time, but you can't leave all the work up to others if you're really adamant about seeing the ban rescinded. Hopefully these photos will help you make protest and resistance a priority in your life, because that's the only way that change will come.