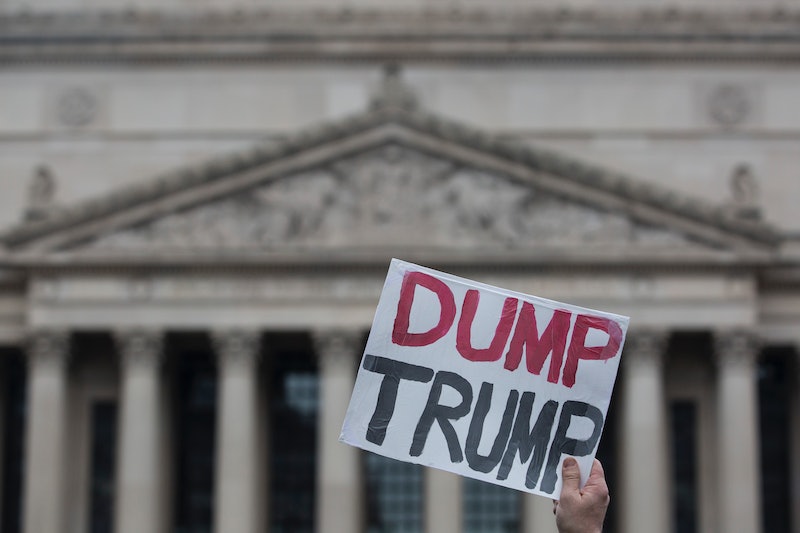 Tensions are boiling over in the capitol as Inauguration Day protests turn destructive, according to social media reports. 13th Street near the National Mall where the swearing-in is taking place was filled with police in riot gear as protestors ran and broke windows starting around 10:30 a.m. Friday morning.

According to Pix11News, demonstraters in masks set small fires and threw eggs at the National Press Club building before being sprayed eith pepper spray by police forces. No injuries have yet been reported, and only one protestor has been taken into custody, Hugh Carew, a spokesperson for the Metropolitan Police Department, told CNN.

Although the majority of the protesters descending on Washington this weekend were not involved in this incident, the destruction is a blow to their cause nonetheless. The Women's March and related protests across the countey is one of the largest protest movements in recent history, and attracted significant criticism. Many allege that the protestors are nothing more than sore losers, and these reports of violence are likely to further twist perceptions of many marchers' true intentions. The relatively confederated structure of the cutrent protests doesn't protect them from being lumped together, and this is reinforces many preconceived notions about the protestors in general.