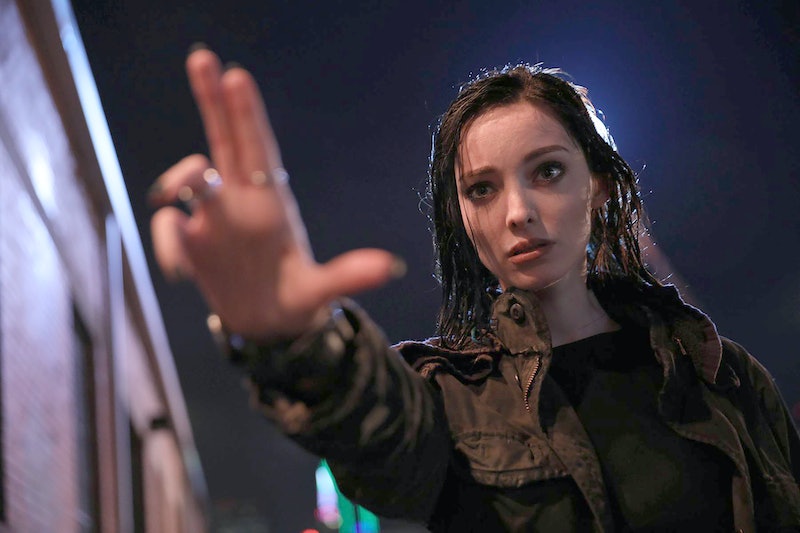 One of the ongoing themes of the X-Men franchise is family. Often, the mutants of the X-Men franchise leave their non-mutant families behind and form a new makeshift family with their fellow mutants, like Polaris in The Gifted. Some of the most complicated relationships in X-Men, however, stem from the children of major X-Men characters, who have trouble relating to their fellow mutant parents. The show Legion has already explored the life of David Haller, who is the son of Professor X, and now the series The Gifted is exploring the life of another child of a major mutant. In the Marvel comics the show is based on, Polaris (played by Emma Dumont on the show) is the daughter of the biggest bad guy in X-Men history, Magneto. But will the series go in that direction?

Polaris inherited her father's ability to control and manipulate metal, unlike her more popular siblings Quicksilver and Scarlet Witch. Quicksilver and Scarlet Witch have been associated with both The Avengers and the X-Men, but Polaris has long been the odd sister out. Now, thanks to The Gifted, Polaris is making her grand entrance into the X-Men on screen universe – but not without some complications. While Polaris may have her father's powers, she's hindered by a lifelong struggle with mental illness that will follow her into The Gifted.

During New York Comic-Con 2017, Dumont revealed that the severe mental illness that plagued Polaris in the comic books would be present in The Gifted. Entertainment Weekly reported that Dumont explained, "[Polaris is] untreated, she’s unmedicated …. You will see her have very, very high highs of manic behavior and very low lows of depression, of crippling depression." While Dumont and the creative team behind the show wanted to honor the character's history and portray her struggle with mental illness, the actor explained that being respectful towards real people grappling with mental health conditions was even more important. "Something we’re treating respectfully is she’s not just ‘the crazy girl, Through her history, a lot of people have [called her] the crazy girlfriend. We’re showing her the respect that I think she deserves and take her seriously," Dumont said.

After being introduced in X-Men comics in 1968, the character finally makes it to the screen nearly 40 years after her introduction. It's not easy being related to Magneto, but Polaris seems to have gotten the short end of the stick when it comes to being represented outside the comics, and the difficulty of portraying her mental illness may have contributed to that. It seems like an unfortunate parallel that just like David Haller of Legion, Polaris has to balance being the child of one of the world's most powerful mutants with a bevy of mental health struggles. However, as comic book shows and film strive to break new ground, it seems that 2017 may go down in history as the year that television decided to use mutants to address mental health.

While her lineage and her history of mental illness is what sets Polaris apart amongst a seemingly endless sea of mutant characters, she also has a long history of victories and losses in the pages of Marvel comic books. Being involved with the X-Men for nearly four decades involves being mind controlled, fighting in wars against alternate universes, and sending entire islands into deep space. Polaris has done more than her fair share of superhero work and is more than deserving of a live action adaptation.

Life is never easy for a mutant, but life has been especially unkind to Polaris. However, it seems that The Gifted will provide the live-action version of Polaris with a family of her own to help her make sense of her world and fight the mental illness that keeps her from being her most heroic self.

More like this
The 50 Most Powerful Characters In The Marvel Universe, Ranked
By Johnny Brayson and Nola Pfau
This Episode 6 Moment Foreshadows Viserys' Fate On 'House Of The Dragon'
By Grace Wehniainen
Nicola Coughlan Shared A Lady Whistledown Excerpt From ‘Bridgerton’ Season 3
By Grace Wehniainen, Alyssa Lapid and Sam Ramsden
A New 'And Just Like That' Table Read Pic Confirms A Key Character's Return
By Jack Irvin and Grace Wehniainen
Get Even More From Bustle — Sign Up For The Newsletter