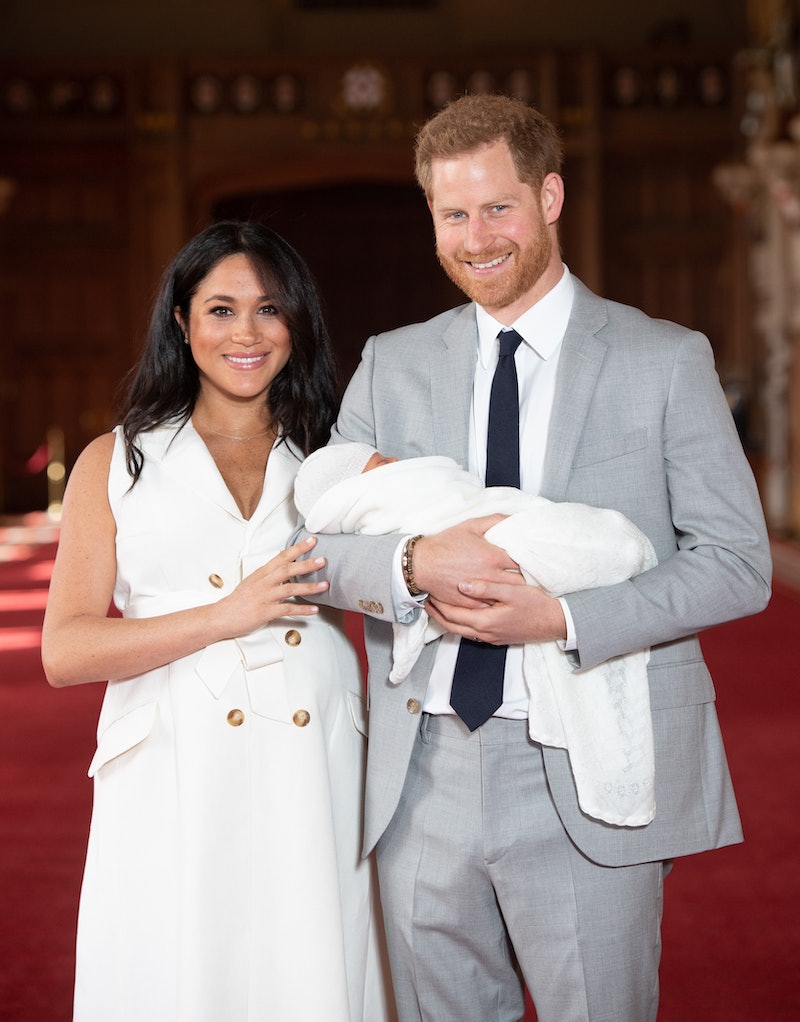 After months of anticipation, Prince Harry and Meghan Markle welcomed their first child together on Monday, May 6. But the couple kept the intrigue going, since they didn't pose for a family photo until two days later. On Wednesday, May 8, Prince Harry and Meghan shared a new Instagram post after their first appearance as a family, thanking everyone for their support.

EARLIER: The Sussex Royal Instagram account shared three photos of the new family unit. Prince Harry held his son with Markle smiling right by their side. Their announcement began, "Today The Duke and Duchess of Sussex are delighted to share their first public moment as a family."

Their caption went on to declare,

"They are so incredibly grateful for the warm wishes and support they’ve received from everyone around the world, since welcoming their son two days ago."

In all honesty, it felt like the whole world was expecting a baby, even people who are not even members of the royal family. There was just so much build-up waiting for Baby Sussex's arrival.

Finally, the world got to see the happy family of three. However, there is still a lot of mystery to unravel. Well, not "a lot," but there are two major things: The baby's face was basically hidden behind a blanket. Is there going to be a close-up photoshoot any time soon? Can the baby look directly at the camera for the next Instagram post? And, of course, we still don't know his name. Oh, the anticipation.

Even though no one knows the baby's name or what he looks like, one thing is clear. The duke and duchess are excited and very grateful for their new lives as parents.

In a video shared by Sky News, the new dad announced that the family would make its debut in "about two days," which did happen. However, he did admit that he and his wife are "still thinking about names." The duke did not provide any indication of when they will share their son's name.

In that same video, he shared, "It’s been the most amazing experience I could ever have possibly imagined." The father-of-one also remarked,

"How any woman does what they do is beyond comprehension, but we’re both absolutely thrilled and so grateful for all the love and support from everybody out there. It’s been amazing."

Those were some sweet remarks, but the Duke did get pretty comical during the family's first official outing on May 8. Prince Harry even made his first dad joke, or at least his first public dad joke since becoming a parent himself.

The duchess said that they are "still trying to figure out" who the little one looks like. This prompted the new parent to joke, "He's already got a little bit of facial hair as well."

Obviously, that's not the case, but hopefully, they share another glimpse of their child in the near future so the public can decide which parent he resembles.

As exciting as it was to finally see the newlyweds with their son, the world still wants more. Hopefully they will announce a name and share more photos ASAP.