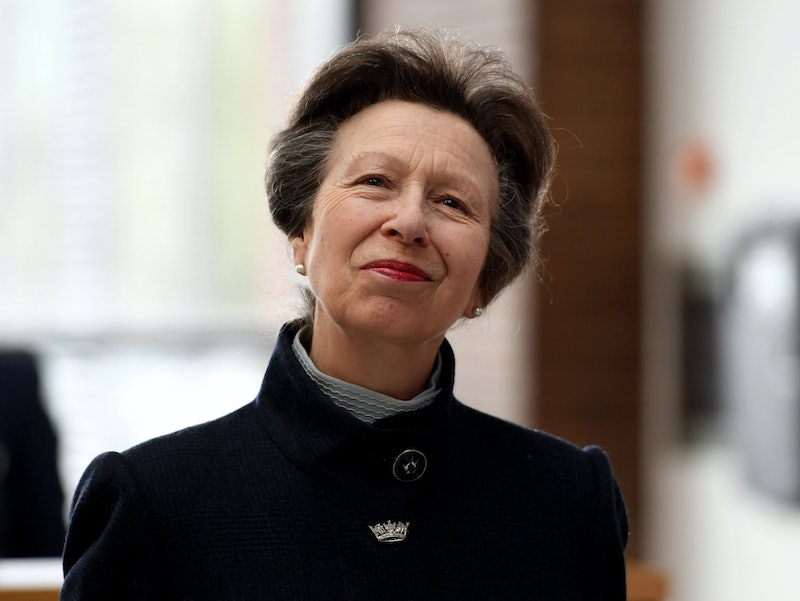 We've not stopped asking questions since the Duke and Duchess of Sussex first announced their intention to step back from royal duties earlier this year. Where will they live? Who will pay for their security? How will they become "financially independent"? So far, so few answers. But now it looks like we're starting to get an idea of what "the new model" the Sussexes are pioneering looks like(ish) - and it involves, in part, one of our favourite royals. Princess Anne will reportedly take over Prince Harry's military role, making her the first female captain-general of the Royal Marines.

It is a historic appointment, and very much in keeping with her reputation as one of the hardest-working royals. Anne is already associated with 65 military organisations. According to Town & Country, Prince Philip was “particularly keen for his daughter to get the gig,” which isn’t surprising given their close bond.

The role of captain-general is one that Prince Harry has held for a little more than two years. He took over from the Duke of Edinburgh, who held the post for 64 years. The title itself was introduced in 1948 by the Queen’s father, George VI, who gave Prince Phillip the role in 1953. Royal blog The Crown Chronicles notes, “the incumbent was previously known as the Colonel in Chief” which began with King George V and was succeeded by King Edward VIII.

Harry, who will give up his military commands in the spring, is expected to return to the UK next month for a farewell engagement with the Royal Marines. Anne is also expected to be attendance. (The Sussexes are also due to return for the Commonwealth Service next month.)

But what does Anne's prestigious honorary role entail? It “previously involved regular visits to the Marines on exercise in Norway and the headquarters of 3 Commando Brigade in Plymouth,” according to reports. Given the Princess Royal's numerous British military associations and appointments – she's Admiral and Chief Commandant for Women in the Royal Navy, Commodore-in-Chief of HMNB Portsmouth, and Colonel of the Blues and Royals already, as per Crown Chronicles – she will do it brilliantly.

Most importantly, royal correspondent Roya Nikkhah writes, "the role is likely to be seen as an inspiration for women considering signing up as marines. Only one enrolled for the gruelling commando course last year, despite more than 1,000 having registered an interest. Of the estimated 600 recruits for this year’s course, all are men." But also just a good reminder of just how great Princess Anne is - in case you'd forgotten.

According to The Sunday Times, "Her Majesty is expected to announce the new appointment in due course.”