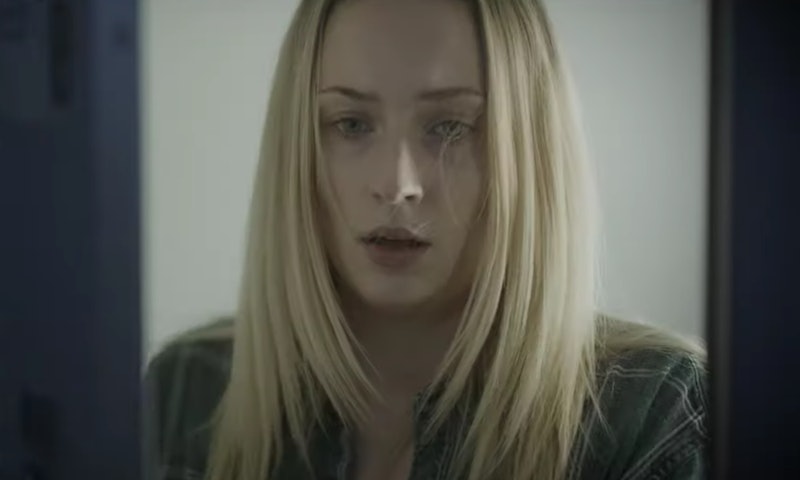 Sophie Turner is no longer in Westeros. Quibi’s first Survive teaser trailer, released on Sunday, Feb. 9, leaves the Game of Thrones alum stranded in the brutal wilderness. Based on the novel by Alex Morel, Survive is an upcoming thriller series that will follow two characters, Jane (Turner) and Paul (Corey Hawkins), as they embark on a harrowing journey out of the wilderness on the heels of a plane crash that leaves them both stranded on a remote snow-covered mountain.

In the clip, Jane is first introduced in a support group. She later meets Paul at an airport prior to the flight that turns both of their worlds upside down. Set against the backdrop of suspenseful music, Jane and Paul soon find themselves the lone survivors of a wreckage and band together to make it out alive. “I have one rule,” Paul says before jumping off a mountain in the clip. “Survive.”

The series will be directed by Blindspot’s Mark Pellington and penned by Richard Abate and Jeremy Ungar. Survive marks Turner’s first TV role since Game of Thrones. “I couldn’t be more honored to portray the role of Jane in Survive for Quibi," Turner said in a statement last September, per Variety. “She’s a complex character fighting against the odds to not only save her life, but to also find her own source of strength and courage.”

Survive is one of Quibi’s “movies in chapters” that consist of 10-minute-or-less episodes. Short for “quick bites,” Quibi is a service designed specifically to be viewed on mobile devices. The streaming service has already enlisted a roster of A-list celebrities to produce original content for its platform, such as Steven Spielberg, Guillermo del Toro, Jennifer Lopez, Lena Waithe, and more. Chance the Rapper’s Punk’d revival and Chrissy Teigen’s Chrissy’s Court are just a few of the Quibi projects set to debut when the service launches in April.