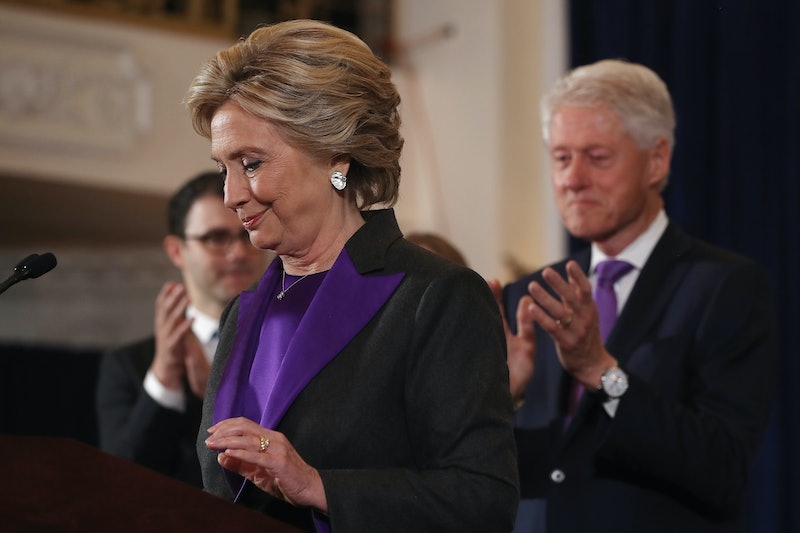 As the inauguration of President-elect Donald Trump draws ever nearer, news about the bizarre event continuously makes headlines. But with all the speculation about the (very) shortlist of performers and festivities on Jan. 20, one piece of news shocked even the crowd of hardened political spectators: Bill and Hillary Clinton will be attending the inauguration. Twitter reactions to news of the Clinton's inauguration appearance were as hilarious as you'd expect. After all, this is the same social media network that made the Ken Bone meme during the debates.

Despite the vitriol shared between the Clintons and Trump on the campaign trail, it's not all that unusual that they'll be at the inauguration, given that Bill used to be president. He'll be joined by former presidents George W. Bush, Jimmy Carter, and, of course, Barack Obama, who will help swear Trump in. What's more "unpresidented" about the move is perhaps what made Hillary's campaign so historic: that the wife of a former president ran for president herself, and nearly won. Still, her decision to attend, even though she was Trump's erstwhile opponent, shouldn't be surprising. For instance, Sen. John McCain, who ran against Obama in 2008, attended the president's first inauguration, although Mitt Romney, Obama's opponent in 2012, didn't attend the president's second inauguration in 2013.

Below are some the best, most hilarious, and strangest reactions to Bill and Hillary attending the inauguration.