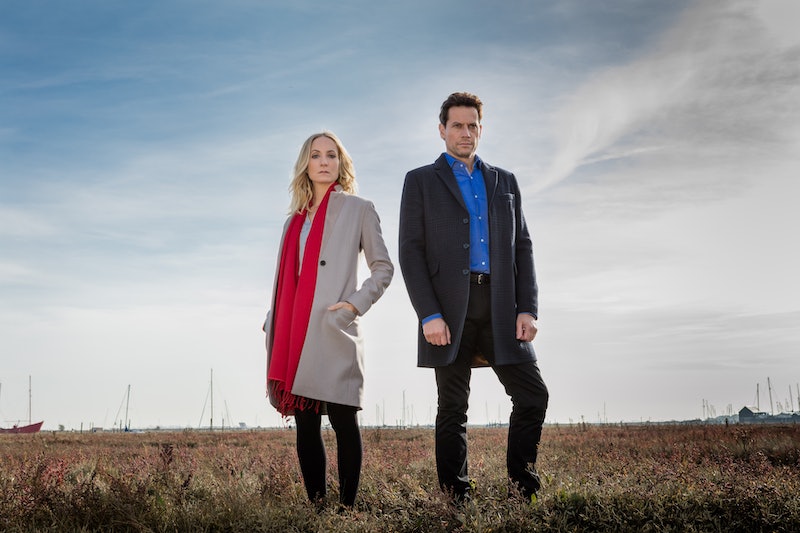 Back in 2017, the ITV thriller Liar had audiences on the edge of their seats. Starring Joanne Froggatt and Ioan Gruffudd, the series followed the story of Laura Nielson and Andrew Earlham — whose lives were changed forever after what was supposed to be a romantic first date. Following a lengthy hiatus, the drama is finally set to arrive back on our screens in 2020, but after almost three years, fans could probably use a recap of Liar Series 1 before the show returns to ITV.

To jog your memory, the first run of episodes centred around teacher Laura and renowned surgeon Andrew, both of whom had an initial attraction to one another. However, Andrew was accused of rape following their first date, and both parties involved had two very different recollections of that particular night. The accusation went on to have far-reaching effects on those closest to the two main protagonists — and the final episode bombshell left fans like myself thirsty for more.

Thankfully, as the Radio Times reports, the psychological thriller is indeed coming back for another run, and will pick up three weeks after the events of last season's major cliffhanger. So, before we get roped back into this gripping story, here's everything you need to remember beforehand.

For fans of the hit drama, this isn't exactly a spoiler anymore, so we can now talk freely about the fact Andrew was found dead. Yes, in the final minutes of the last episode, it was revealed that Andrew was not on the run like previously thought, and instead, his body was shown lifeless and covered in blood in a muddy puddle of water.

Despite the epic twist, both Joanne Froggatt and Ioan Gruffudd — the latter of whom portrays the character of Andrew — have been confirmed to return for series 2, which as The Sun reports, has led to a lot of viewer speculation. Naturally, questions surrounding who might be responsible for Andrew's death are likely to dominate the upcoming second season, and I can't wait for the investigation to get underway.

Before Andrew's apparent death, Laura stumbled upon some recordings he had previously hidden within his mother's garage. Some of the recordings included horrific video footage of Andrew raping 17 different women, which meant Laura had finally found the damning evidence she needed in order to get Andrew locked up for good.

Soon after the startling discovery, police promptly made their way to arrest him, however, Andrew had already vanished, and was presumed to be on the run — although, following his unexpected death, the situation just got a whole lot more complicated.

If you managed to keep up with Liar's first outing, you'll be more than familiar with Laura's older sister Katy, and her affair with PC Tom Bailey — who just so happens to be Laura's ex-boyfriend. If you thought this whole scenario couldn't get any messier, it did, because during the conclusion of series one, their affair was finally exposed.

Katy's husband Liam and younger sister did not take too kindly to the news, and both appear to have cut Katy from their lives. But can these relationships find a road to recovery in the future? We'll just have to wait and see.

In between all the high-intensity drama and last-minute twists, you might've forgotten that one major character was planning to pack their bags and leave town. During the final episode, Laura revealed her plans to move away for a fresh start, and considering she'd already given notice to leave her flat, she seemed pretty determined to do so.

Because of this, fans might now be wondering where this leaves the investigation into Andrew's crimes and of course, death — and what does this mean for Laura's newest love interest Ian? Thankfully, we don't have too long left to wait before our questions will be answered, and the new series will arrive on ITV later in the year.