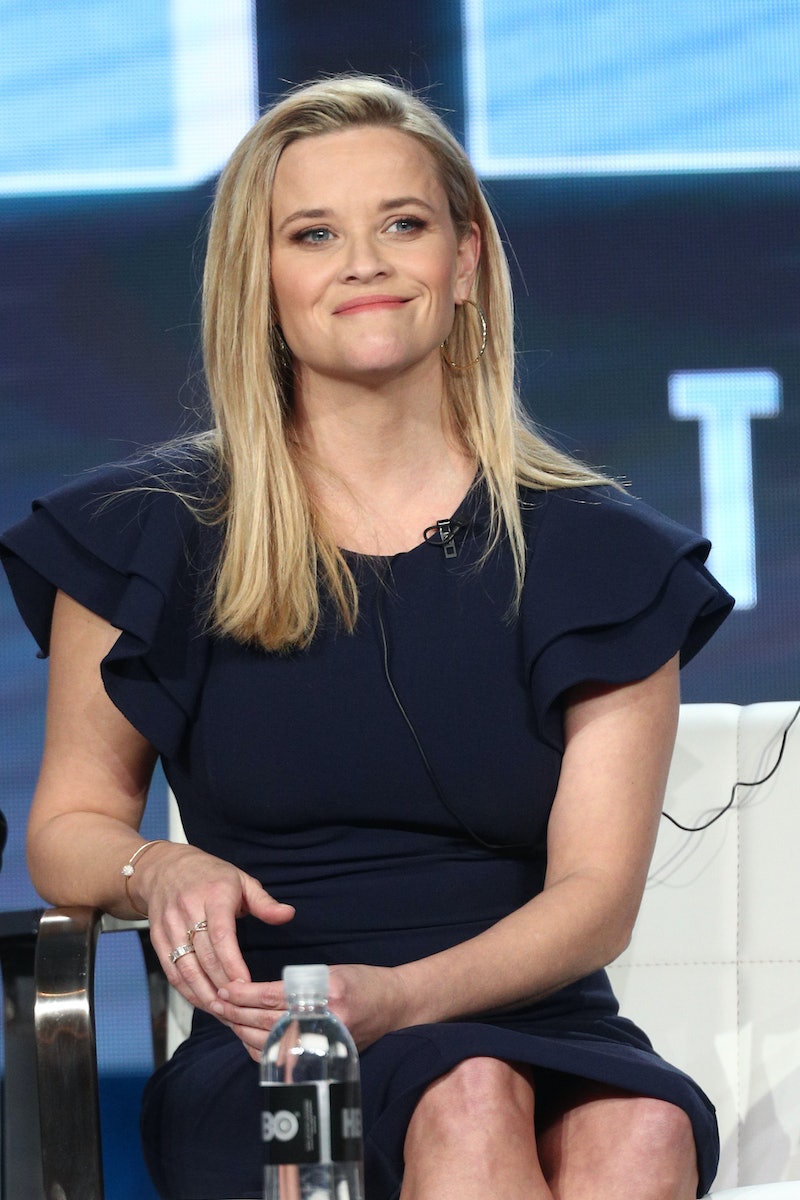 Start practicing your bend and snap: Legally Blonde 3 is officially happening. Reese Witherspoon has been teasing information about the highly anticipated sequel for the past year and getting fans very excited about seeing the iconic Elle Woods on screen again. On Monday, May 20, Reese Witherspoon gave a new Legally Blonde 3 update during her appearance on The Ellen DeGeneres Show, and it sounds like Elle Woods’ return is on track to be utterly perfect.

"We're meeting about it. I mean, we're definitely talking about it. I don't know. Do you guys want to see Legally Blonde 3?" Witherspoon asked the talk show audience. Of course, because they are sensible people, they rapturous applauded in response. The actor also gave a tiny sneak peek about what the new sequel will focus on, keeping in spirit with the empowering message of the first two films. “I mean it's sort of about women being underestimated and I think it's a good idea — that things have changed, but not that much has changed.”

Of course, the main reason why the actor is reviving the Legally Blonde franchise is the greatness of Elle Woods herself. ”I love playing that character. She's so amazing," Witherspoon gushed on the show. "I don't know. If you guys want it, I guess I'll do it.” What, like it’s hard?

Legally Blonde 3 is currently slated to be released on February 14, 2020, or Valentine's Day, but given that they haven’t started filming yet (that we know of), it's unclear whether or not that's still the case. If you can't wait to see Witherspoon on screen again, you’ll be able to see her back on TV in just a couple weeks when the second season of Big Little Lies finally premieres on June 9.

Along with the returns of Nicole Kidman, Shailene Woodley, Laura Dern, and Zoe Kravitz, Witherspoon will also be joined by another onscreen legend: Meryl Streep. ”She’s so spooky and she is mad,” she teased about Streep’s character. Spoiler alert: Streep plays the mother of Perry, Celeste’s abusive husband who died at the hands of the women (defending Celeste from his wrath) in the Season 1 finale. “She’s back and she does not believe these women that it was an accident. She's like, 'I need the truth!'" Witherspoon told host Ellen DeGeneres. "She just transforms. She's incredible. She's so game for everything. She just wanted to go out to dinner and hang out with us and tell us all her stories, which was really fun.”

And because we just can't get enough of Big Little Lies, DeGeneres just had to ask about the possibility of a third season. "We just got done with this season,” Witherspoon jokingly groaned. ”I mean, it could go on. It could. But I don't know." It's not a no, people! But if anything were to get these women to return once again, it would be the genuine bond that they have formed with each other.

"I have the best time with these ladies," Witherspoon said about her co-stars. "They're some of my dearest friends. I've made some of the greatest friendships of my life. And it's a blast. Don't tell anybody [but] we have tons of fun while we're working." Hopefully she'll have an even better time shooting both Legally Blonde 3 and a third season of Big Little Lies. Fans can dream, right?

More like this
Lindsay Lohan & Jonathan Bennett Celebrated Mean Girls Day Very Differently
By Jake Viswanath
Margot Robbie Breaks Her Silence On *That* Viral 'Barbie' Moment
By Maxine Harrison
Paul Mescal, Man Of Mystery
By Samantha Leach and Heather Hazzan
Here’s Everything Coming To & Leaving Netflix In October
By Jake Viswanath
Get Even More From Bustle — Sign Up For The Newsletter