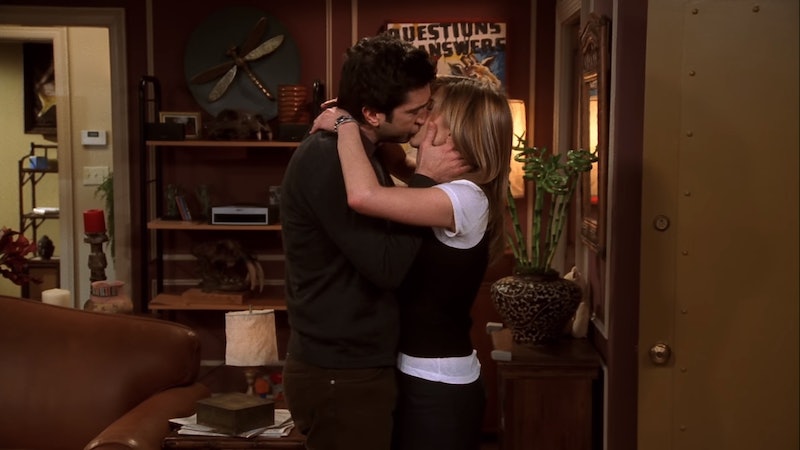 This week marks 15 years since the last episode of Friends aired and while a decade and a half may have passed it is still the show I turn to when I need a laugh. The Ross and Rachel ‘were they on a break’ fiasco is still all consuming. One of the most emotional moments on the show is when Rachel gets off the plane but it would have been nothing without an immense build up in the episode before. It could have all been different as an unearthed Friends script revealed Ross could have gone to Paris with Rachel. Rather than saying goodbye for what they thought would be forever a fan has found a script for an episode that was never made and prepare yourself, this is bigger than when Erica found out she was having twins.

Jackson Upperco revealed the alternative ending on his blog That’s Entertainment! He found a script he had bought in 2007 entitled “The One Where Jetlag Wins.” Doesn’t sound familiar? It is because it was re-titled and re-written to become “The One Where Estelle Dies.” Rather than spending the entire episode trying to get Rachel her job back at Ralph Lauren (to hilarious ends) Ross supports Rachel’s decision to move across the world to the fashion capital, Paris.

The episode starts with the couple in Paris. Rather than moping about at the prospect of losing his lobster Ross spends the episode reassuring Rachel that she can make the move. One of his lines reads, “We’re practically Parisians. We’re not Ross and Rachel, we’re (FRENCH ACCENT) “Ross et Rachel.”

In a bid to fully become Parisian Ross and Rachel they attempt to sleep through the night, get on French time, and beat jet lag. Only this proves difficult and they find themselves starving at 1 a.m. After fruitless attempts to order room service in broken French Ross finds a very on brand solution—to steal from the hotel kitchen. They concoct the new French-U.S. delicacy of a cherry and pate baguette.

As the pair sit eating their questionable snack and wondering why they had never visited Paris before Rachel frets that she doesn’t think she could move to Paris alone only for Ross to reply “I’ll take a sabbatical for a year. They just gave me tenure. I can do whatever I want.”

Now, I know what you are thinking, this is the perfect ending. How could it go from Ross taking a year to move to Paris with Rachel, the ultimate on/off couple in the city of love, to Rachel getting on a plane alone? Well it transpires that Ross didn’t quite have a full grip of what tenure meant and the university foiled their plans of Parisian happiness by denying him permission to go.

That is how the alternative ending would have led Rachel to leaving Ross that fateful answerphone message and the reunion that breaks my heart every time. On his blog Upperco wrote, “I thought the story we ended up with was much funnier and more polished, but this story was better at building up to Ross and Rachel’s romantic reunion in the finale.”

Some of the writing may not have aged so well and there are serious questions about how many times someone can re-watch the same show but Friends will always have a place in my heart. The ending is still shocking and while this script may never have made it to screen it is such a cool treasure for any Friends fan.

More like this
'The Lord of the Rings: The Rings of Power' Revisits Iconic Spots From 'The Hobbit'
By Darshita Goyal
You’ll Definitely Recognise Both Of Ty Tennant’s Parents
By Maxine Harrison
'House Of The Dragon’s Theo Nate Is A “Massive” 'GoT' Fan
By Maxine Harrison
'Rings Of Power' Actor Tyroe Muhafidin Is Also A Budding Musician & Style Icon
By Frances Stewart
Get The Very Best Of Bustle/UK