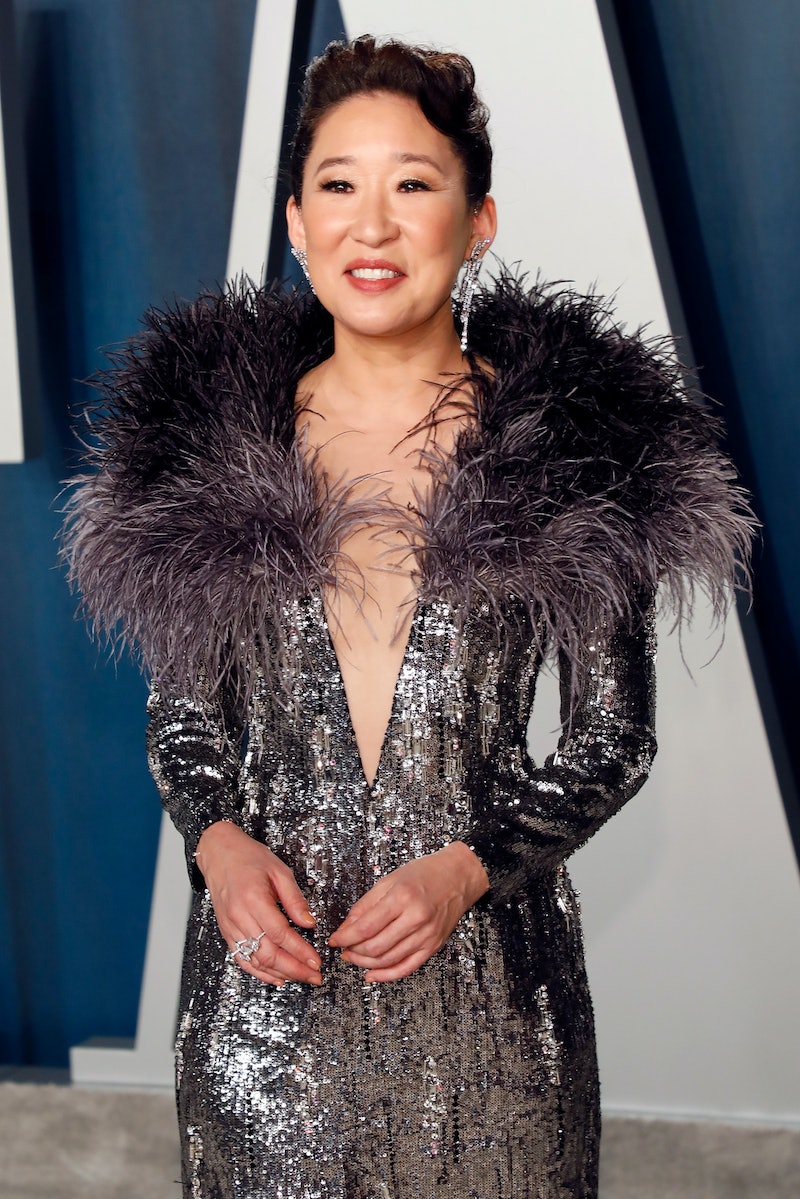 Netflix has found their person to star in a brand new series from the creators of Game of Thrones. Six months after David Benioff and D.B. Weiss announced a production deal with Netflix, Deadline confirmed that Sandra Oh will star in Amanda Peet's new show, The Chair, which is set to be the first series produced by the Thrones creators for the streaming service.

Very few details about the plot of the series — which was co-written and created by Peet, who will also serve as showrunner — are available thus far, but according to Vulture, The Chair is a dramedy centered on the head of the English department at a top university. Oh will play the titular character, and will be joined by Transparent star Jay Duplass for the show's six-episode run.

It's unclear how involved Benioff (who is married to Peet) and Weiss will be in The Chair, but in October, the pair announced that they would no longer helm an original Star Wars trilogy, due to their production deal with Netflix. "There are only so many hours in the day, and we felt we could not do justice to both Star Wars and our Netflix projects," Benioff and Weiss said in a statement at the time. "So we are regretfully stepping away."

In addition to The Chair, Oh is also set to reprise her Emmy-nominated role as Eve Polastri in Season 3 of Killing Eve, which is set to premiere on BBC America on April 26. (In January, Killing Eve was also renewed for Season 4.) Though the plot of the upcoming season is still mostly under wraps, Oh and the show's executive producer have teased that she will showcase a brand new side of Eve — and her talents as an actor — in Season 3.

During a May 2019 conversation with Entertainment Weekly, Oh explained that the character has been left completely shell-shocked by the events of her confrontation with Villanelle (Jodie Comer) at the end of Season 2. "How can you come back when you said 'no'?" Oh explained of Eve's central conflict in the upcoming episodes. She continued, "How can you come back when you really know the truth about someone? Honestly, I’m trying to figure out: how does Eve come back to any of her life? I don’t know yet. We’re going to work that out."

She's also decided to leave her job with MI6 behind, and is taking odd jobs while she figures out her life, including working in a kitchen making dumplings. "She's a very, very bright woman who is good at whatever she decides to turn her hand to," executive producer Sally Woodward Gentle told EW of Eve. "And Sandra turns out to be incredibly good at making dumplings — and at butchering, actually." Hopefully, when The Chair arrives on Netflix, fans will be able to see even more of Oh's hidden talents.

More like this
You’ll Definitely Recognise Both Of Ty Tennant’s Parents
By Maxine Harrison
'House Of The Dragon’s Theo Nate Is A “Massive” 'GoT' Fan
By Maxine Harrison
Here’s Everything Coming To & Leaving Netflix In October
By Jake Viswanath
Watch The Thrilling Teaser Trailer Of 'Shadow And Bone' Season 2
By Gretchen Smail, Jack Irvin and Sophie McEvoy
Get Even More From Bustle — Sign Up For The Newsletter