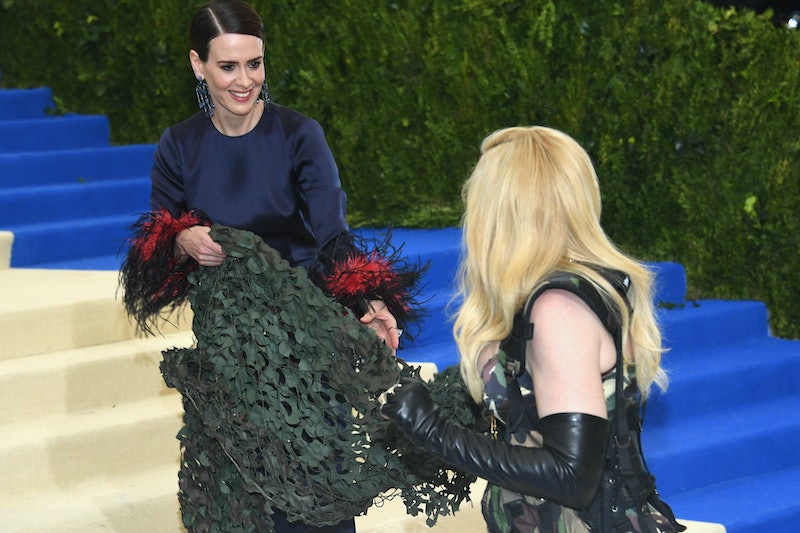 You'd think that celebrities would be relatively unfazed by other celebrities, given that they are all famous, but Sarah Paulson reacting to Madonna's Met Gala outfit proves that's simply not the case. The actress was photographed reacting super strongly to the site of the pop legend on the steps of the Met, and to be honest, the look on her face is entirely relatable. I'm sure that's exactly what I'd do if I was standing inches away from Madonna and her head-to-toe camouflage ensemble.

While the reviews were definitely mixed, Madonna wore one of the most talked about looks of the night, and so it's no surprise that Paulson would be floored by it. She pretty much reacted the way the entire internet did — with wide eyes and an open mouth — when she encountered the singer on her way in to the Gala to celebrate the Costume Institute's new exhibit paying homage to Rei Kawakubo.

The moment made for one of the most memorable (and relatable) photos of the night, and you can bet that Twitter was on top of turning it into a meme. It's totally refreshing to see a majorly famous person lose it at the site of the Queen of Pop.

Practice this face for your next celeb sighting.

You know that you'd react the same way if you saw Madonna IRL, especially wearing that outfit.