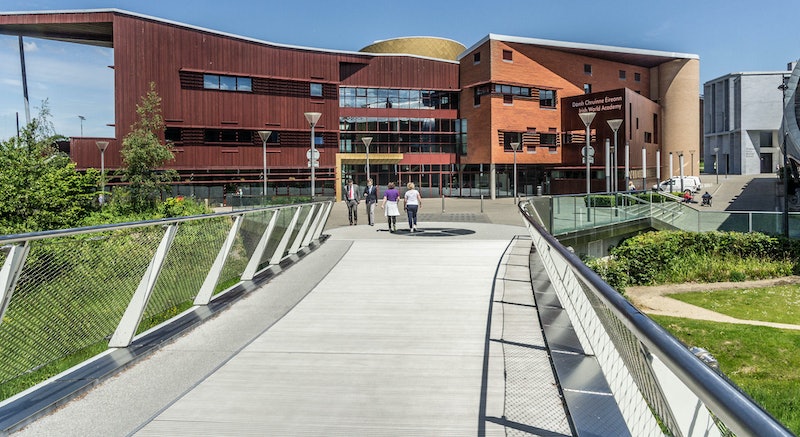 Don't look now, but there's something new inside your body. Or, more specifically, something that's now being classified in a whole new way ― scientists just discovered a new organ in 2017, and if you're wondering what precisely its function is and why the decision was made, you're not alone. So, what is this strange new organ known as the mesentery, and what does it do?

The simplest answer is that it holds your stomach and intestines in place, tethered to the inside of your gut, preventing things from sliding out of place in potentially painful and dangerous ways. Up until now, that's basically the only function that's ever been attributed to the mesentery, a double-layered, serous membrane known as the peritoneum, which attaches the intestines to the abdominal wall. Beyond that, up until now it wasn't thought to merit much deeper scrutiny, for the simple reason that it wasn't considered a part of the body's system of organs.

But now, with it finally having been classified as such, the scientific understanding of its function in the body is only going to increase, and that's very good news for anyone suffering from hitherto unsolved or difficult-to-diagnose abdominal ailments. More research into the mesentery as an organ (and in particular, what role it plays in disease) can only lead to more knowledge for medical researchers and practitioners to bring to bear.

So why does something like the mesentery suddenly get classified as an organ, when for centuries it was never considered as such? The answer lies in the enterprising work of Professor J. Calvin Coffey of the University of Limerick in Ireland, whose microscopic research of the mesentery revealed something that had gone unrealized throughout centuries of internal medicine.

Namely that rather than being comprised of a series of individual, fragmented structures that adhered the intestines to the abdominal wall, the mesentery is a single structure, wrapping and folding around in one long, continuous piece of tissue. While many people think of organs in the human body as being a relatively narrow list ― things like the heart, brain, liver, and so forth ― there are actually dozens of them. They're not all vital in the way the major organs are, but they're still centrally tied to health and wellness.

In fact, with the addition of the mesentery, there are now 79 officially classified organs in the human body. As BBC News notes, the world's leading medical textbook, Grey's Anatomy, has already been updated to reflect this new addition. And as Coffey himself states in the release by the university's research administration about the discovery, the implications for abdominal and digestive health, and for the proper classification of mesentery-related diseases, are considerable:

This is relevant universally as it affects all of us. Up to now there was no such field as mesenteric science. Now we have established anatomy and the structure. The next step is the function. If you understand the function you can identify abnormal function, and then you have disease. Put them all together and you have the field of mesenteric science … the basis for a whole new area of science.

Obviously, it's too early to know all of the eventual outcomes from Coffey's discovery ― the full weight of it will likely take countless hours more research, and investigation into whether the body's newest organ plays a role in a slew of abdominal and intestinal conditions. But for the time being, that a new realm of scientific study has merely opened up is terrific news.