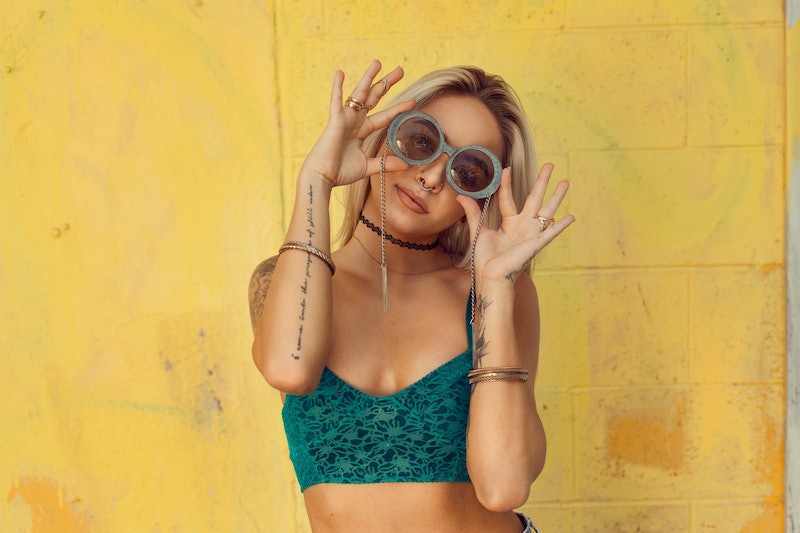 Finally, o firstborn readers, science has confirmed what you've been saying all along. Second-born kids are, in fact, natural troublemakers, so next time your favorite sweater goes missing, you know who to blame. As a middle child myself, I feel obligated to defend my peer group, but given the vast difference between my sister's and my own teenage rebellion, these scientists might be on to something.

Everyone has heard the conventional wisdom about birth order. Firstborns are straight-laced and snooty, babies are spoiled rotten, and middle children act out because they're ignored. It's not exactly flattering stuff, but according to a report published earlier this year, these stereotypes might actually have some merit — at least when it comes to the part about acting out. Using information about thousands of families in Florida and Denmark, a team of researchers led by MIT economist Joseph Doyle compared brothers' chances of delinquency over time. Apparently, in families with two or more children, the second-born kid is 25 to 40 percent more likely than their older sibling to get in trouble at school, become involved in the juvenile justice system, and serve time in prison. Birth order may seem arbitrary, but clearly, it has a stronger effect than you may think. Eldest children, you can cackle with self-righteous glee at this time.

Researchers came up with a few possible explanations. In the report, they considered the possibility of health complications since the mother is older when she gives birth to her second child. After looking at the data, however, they found that second-born children aren't actually starting off in worse health than their siblings. The report also ruled out the idea that parents invest less in their education; second children are actually more likely to attend pre-kindergarten.

So what gives? In the end, it may come down to parental attention. Researchers suggest that firstborn children have their parents all to themselves until another baby comes along. When a second child is born, parents now have to divide their time between two kids. This affects the firstborn child, obviously, but for at least a little while, they were the focus of their parents' attention. Their younger siblings grow up in a household where this attention may be divided.

Furthermore, as NPR points out, firstborn children start off with mature adults as role models. Second-borns, on the other hand, grow up learning from their older sibling's behavior, and they're probably still developing themselves. Young children aren't known for being chill, rational beings.

None of this is to say that second children get the short end of the stick, but that their experiences are simply different. Overall, factors like these may contribute to the second kid's likelihood of delinquency later.

Before my fellow second-borns start panicking, there's good news. Birth order may affect your field of work and your likelihood of ending up in jail, but it doesn't actually affect much else. Research has shown that it doesn't influence your personality or intelligence in any meaningful way. Basically, being a second child just means you have a more interesting rebellious phase (and probably some amazing stories to go along with it).

More like this
The 19 Best Tweets & Memes About Bisexual Awareness Week
By Lexi Inks
This Psychological Effect Might Be Keeping You From Hitting Your Goals
By Lexi Inks
The 3 Most Family-Oriented Zodiac Signs, According To An Astrologer
By Nina Kahn
10 Ways To Be More Empathetic To Your Partner
By Raven Ishak and Lexi Inks
Get Even More From Bustle — Sign Up For The Newsletter