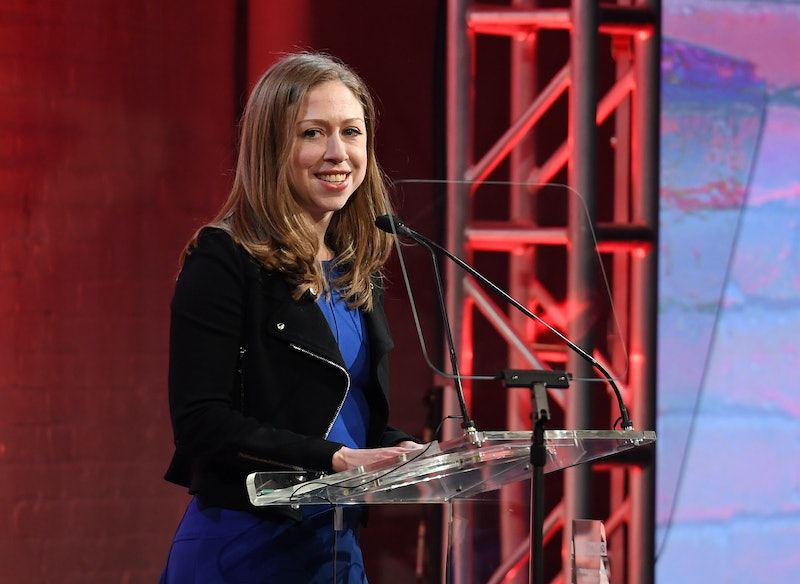 The last election cycle has generated a wave of women's rebellions and feminist celebrations, complete with the rallying cries of Nolite te bastardes carborundorum and Nevertheless, she persisted. To keep the woman-power-fun going, you can catch Chelsea Clinton at Symphony Space as she debuts her new picture book, She Persisted.

Feminists co-opted "Nevertheless, she persisted" after it was used by Senate Majority Leader Mitch McConnell (R-KY) to describe Senator Elizabeth Warren (D-MA). The U.S. Senate silenced Sen. Warren during the debate over Sen. Jeff Sessions' (R-AL) confirmation as U.S. Attorney General on Feb. 7, when she read from Coretta Scott King's 1986 letter to the Senate Judiciary Committee, which states that Sessions "lacks the temperament, fairness and judgment to be a federal judge." Defending the Senate's decision to silence Warren, McConnell said, "She was warned. She was given an explanation. Nevertheless, she persisted."

Chelsea Clinton's picture book, She Persisted profiles 13 U.S. women — including Ruby Bridges, Claudette Colvin, Sonia Sotomayor, and Maria Tallchief — who changed their country for the better. The book focuses on how these women and girls overcame social, economic, and political adversity to blaze a trail so that others could follow. Put simply, these are the profiles in courage young girls need to see and hear.

New Yorkers can catch Chelsea Clinton at Symphony Space on Saturday, June 24 at 6 P.M, where she will be joined by a cast of actors to do live readings from She Persisted. The event is sponsored by Bustle and Bank Street Book Store. Tickets are on sale now for $20, and Symphony Space members receive a 10-percent discount.