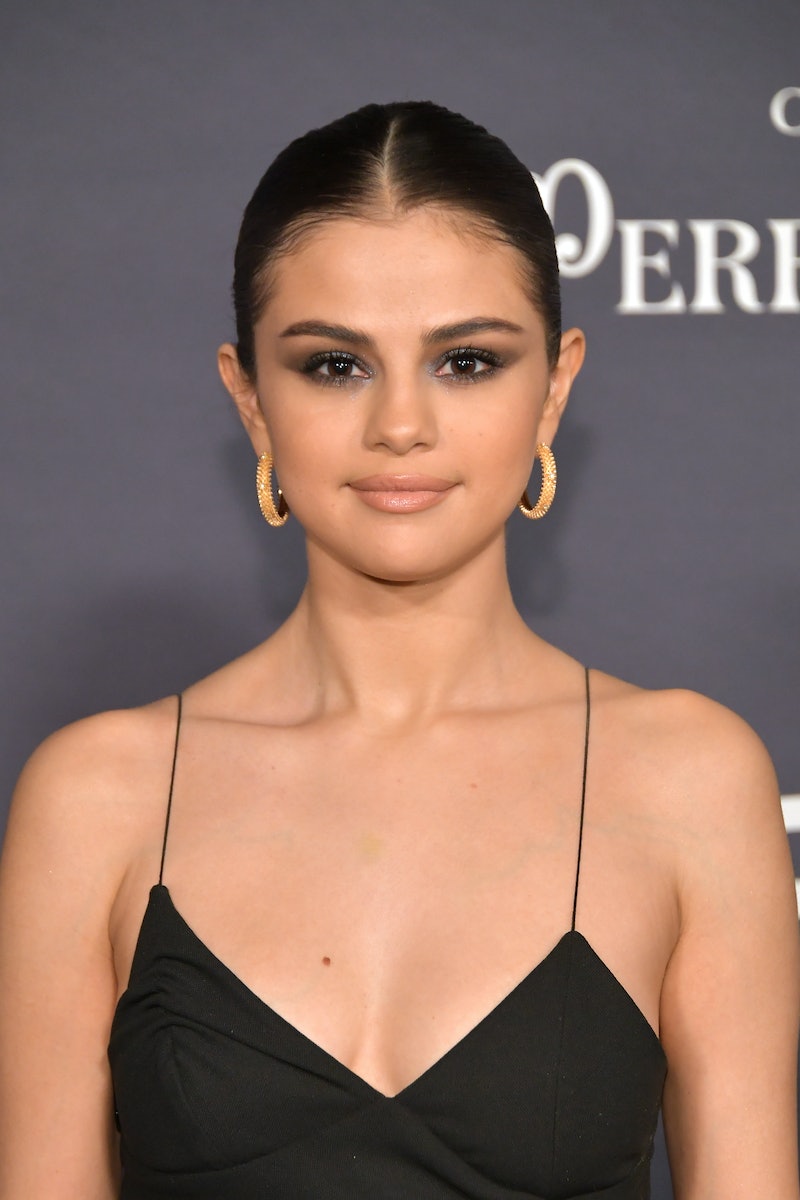 Last month, Selena Gomez shocked fans when she revealed she'd had a kidney transplant after complications from her lupus. And now that more details about Gomez's kidney transplant have come out, the situation and the process that led to the transplant sound even scarier. On Monday morning, the first part of the "Wolves" singer's interview with Savannah Guthrie on Today aired, and not only did she talk about her friend and fellow actor, Francia Raisa, saving her life with her kidney donation, but she also opened up about the complications she faced post-surgery.

Even though Gomez managed to keep her operation under wraps until she was ready to share it herself in September, it sounds like the issues that led to the transplant had been happening for some time. She said that she was suffering from arthritis and knew that her kidneys were shutting down, which was particularly worrisome since the waiting list for a transplant was seven to 10 years long. She didn't want to ask anyone to donate to her because of what a serious decision and commitment that is, but that's when Raisa stepped up, without hesitation.

The rest of us on the outside of the situation had no idea things were so bad for Gomez back then, but from the way Raisa describes her friend's condition while they were living together, it seems like her health was steadily declining.

"One day she came home and she was emotional. I hadn't asked anything, I knew that she hadn't been feeling well. She couldn't open a water bottle one day. She chucked it and she started crying. And I said, 'what's wrong?' and that's when she told me. She goes, 'I don't know what to do, the list is seven to ten years long.' And it just vomited out of me. I was like, 'Of course I'll get tested.'"

It must have been terrifying for Gomez to be unable to do something as simple as open a water bottle, and that really shows how much she was suffering at the time. But there was help in her future, thanks to her generous friend.

Even though Gomez tried to protest, Raisa insisted on donating her kidney, and since it was an "emergency situation," things moved quickly from there. As soon as they found out that Raisa was a match, they got moving. Raisa says that what normally would have taken a donator months, took her only a day, and that she had to write a will. But the hardest part was still to come. Although Raisa's surgery went smoothly, Gomez's took six hours when it was expected to take only two, and it wasn't long until she had to go back into surgery when she found out her new kidney had flipped inside her body.

After the complications were corrected, Gomez and Raisa were on strict bedrest for awhile, but they stayed together while they recovered.

Gomez has always been open about having lupus, but until now, her fans didn't know how bad her condition really was. Fortunately, she's doing better these days, and the chance that she'll relapse is very low. She said:

"I guess I got to the point where it was really life or death. It's really hard to think about it and swallow, especially now. A soon as I got the kidney transplant my arthritis went away — my lupus, there's about a three to five percent chance it'll ever come back, my blood pressure is better, my energy and my life has been better."

More than anything else, Gomez said she wants to help fellow lupus sufferers with the story of her transplant, which is just more proof of how strong she's been through the whole ordeal. Even though it was obviously a horrifying situation — in fact, much more horrifying than Gomez first made it seem — it's inspiring how she keeps looking at it in such a positive way. The second part of Gomez and Raisa's NBC News interview will air on Oct. 31.