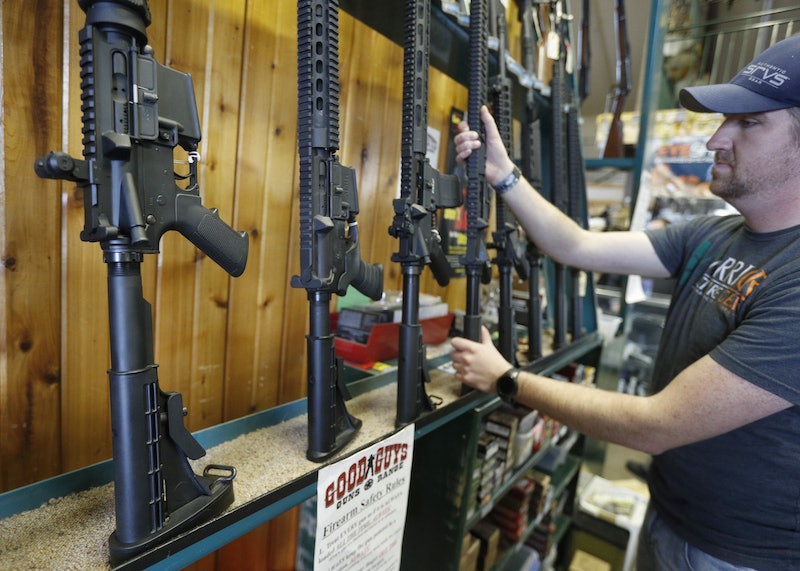 On Tuesday, the Journal of the American Medical Association released a new report examining shooting incidents in the United States. Semi-automatic rifle statistics from this new "active shooter" study revealed the highly deadly nature of these guns, finding that more people are killed in shooting incidents in which a semi-automatic rifle is involved, as opposed to those in which another weapon is used by a perpetrator.

Notably, while more people are killed and injured in active shooter incidents involving a semi-automatic rifle, the study found that the chance of an individual person dying from a gunshot wound were the same, whether they were shot with a semi-automatic rifle or another weapon, like a shotgun or handgun. Thus, regardless of the type of weapon used, about 44 percent of individuals shot during active shooter incidents died of their injuries.

Adil Haider, the director of the Center for Surgery and Public Health at Brigham and Women’s Hospital in Boston and the study's lead author, summed up these results to The Guardian, saying:

The proportion of people who died [when shot] is actually the same [regardless of weapon used]. The difference is that in incidents where there was a semi-automatic rifle, the number of victims basically doubled.

Haider also told the Associated Press that these findings are not necessarily surprising, noting, "Active shooters are hell-bent on killing people ... The big difference — and this is not such a big surprise — is if you give them a semi-automatic, they're able to shoot twice the number of people."

As Mother Jones reported, semi-automatic weapons are those that reload immediately and automatically after every shot. A shooter must pull a trigger to fire each single shot round, but the automatic reload allows for firing rounds in rapid succession. As USA Today noted, semi-automatic rifles (like the AR-15) have been used in several recent mass shootings, including in Parkland, Florida and Las Vegas, Nevada, among others. AR-15 magazines typically hold around 30 bullets, though they can be modified to hold around 100, according to The Oregonian. Handguns typically hold around 20 bullets or less.

The study's authors believe their work illustrates that there is a need for a "national centralized database to inform the debate on a national assault weapons ban." An assault weapons ban was previously enacted in 1994, prohibiting some military-style semi-automatic rifles. The ban expired in 2004. The researchers noted that more information is needed about demographics and specific injuries in shooting incidents in order to better assess the impact of semi-automatic rifles — and a national database could help inform further research.

Overall, the study certainly made it clear that shootings in which semi-automatic rifles are involved result in an increased number of victims who are injured and killed. It remains to be seen whether these findings will influence the gun control debate going forward.