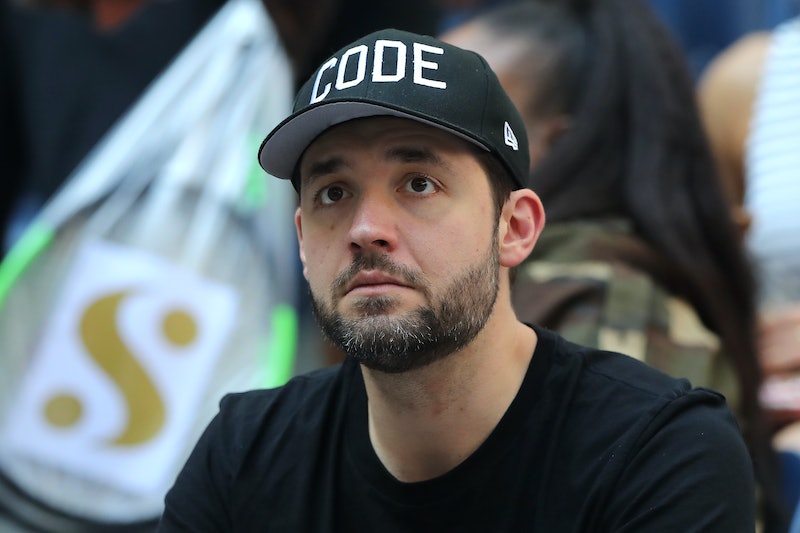 In a tweet Thursday, Serena Williams' husband Alexis Ohanian addressed the widely criticized cartoon about Williams that ran in the Herald Sun Monday, slamming it as "blatantly racist & misogynistic." In the same tweet, Ohanian also questioned why Damon Johnston, the editor of the Herald Sun who has defended the cartoon, had been praised earlier as a "Male Champion of Change" by an organization by the same name.

"I am truly perplexed to learn this editor of the Australian newspaper behind the blatantly racist & misogynistic cartoon of my wife is a 'Male Champion of Change,'" Ohanian wrote on Twitter. "Is this supposed to be satire, too?"

The cartoon in question, which the Herald Sun reprinted on the cover of its Wednesday edition, depicted Williams' after her loss to Naomi Osaka in the U.S. Open final earlier in the month. As many pointed out, cartoonist Mark Knight's illustration of Williams was strikingly similar to racist drawings of black people in the early 20th century and utilized several anti-black stereotypes, specifically regarding black women. Knight was also criticized for drawing Osaka, who is Japanese and Haitian, as a white woman.

"Well done on reducing one of the greatest sportswomen alive to racist and sexist tropes and turning a second great sportswoman into a faceless prop," bestselling author J.K. Rowling tweeted in response to the cartoon.

Knight, Johnston and the Herald Sun itself were defiant, however, in the face of criticism. Knight told the paper for which he writes that the cartoon "about Serena is about her poor behaviour on the day, not about race," adding that "the world has just gone crazy." Johnston tweeted that the cartoon is "not racist or sexist" and claimed that Knight "has the full support of everyone [at] @theheraldsun."

The paper itself, meanwhile, reprinted the cartoon on the cover of its Thursday issue, with a blurb proclaiming that "if the self-appointed censors of Mark Knight get their way on his Serena Williams cartoon, our new politically correct way of life will be very dull indeed." A smaller image on the same cover suggests that the cartoon was merely "satire."

Knight has since deleted his Twitter account, though he tells the Herald Sun that he had received mostly positive feedback in response to his cartoon.