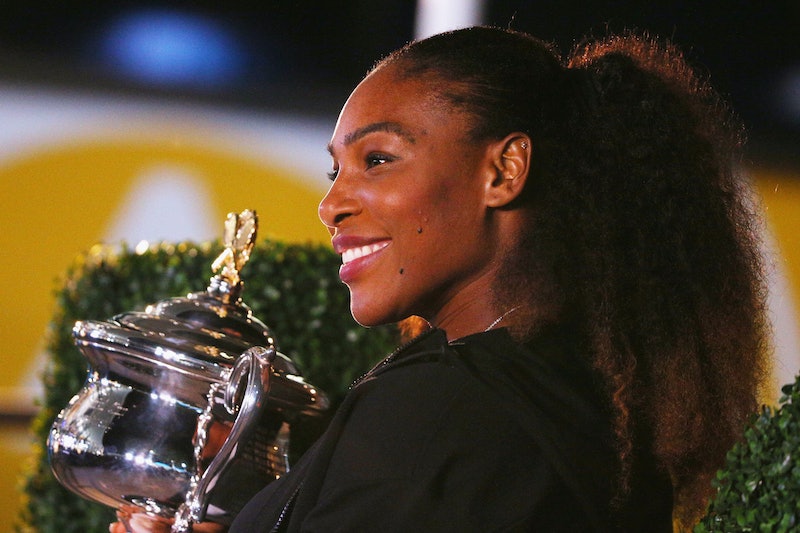 Sleeplessness is a problem for new mothers long before they give birth. Between back pain and the baby jostling for space inside her body, comfortable sleeping positions can quickly become a thing of the past. It's such a common difficulty that when Serena Williams asked Twitter for pregnancy advice on Tuesday, plenty of women (and some men) had helpful tips to offer the tennis superstar. But this is the Internet, so it took all of two hours for things to take a less-than-serious turn.

Williams announced her surprise pregnancy via Snapchat in April. Although the photograph was taken down, she went on to confirm with NBC News that she is expected to deliver her baby this fall. Three months later, she tweeted that she was having sleep troubles due to her pregnancy. "Any tips on how to turn over at night?" she asked on Tuesday night. "I'm having trouble going from my left ....to my right.... to my left side."

Fortunately for Williams (and anyone trying to sleep in the same room as the athlete), the denizens of Twitter came to the rescue. Fellow celebrities, new mothers, and even the Royal College of Obstetricians and Gynecologists sent advice her way.

In case you're wondering, the general consensus seems to be that pillows are a lifesaver — the more supportive fluff, the better.

One follower was a fan of little luxuries.

As the tweet became more popular, though, the advice became a little less practical. Obviously, someone brought up Beyoncé, because that's what superstar friends are for.

Others appeared to think Williams can figure it out on her own.

A few wise souls pointed out that Williams already has an assistant to help her roll over: her fiance, Alexis Ohanian. He seems to be perfectly willing to offer his assistance.

Celebrities: They're just like us! Except their followers actually respond with valuable advice on social media. Here's hoping Williams gets a good night's rest soon — once the baby is born, she and her fiance might not sleep well for quite some time.

More like this
Why TikTok Is Obsessed With Caesar Salads Right Now
By Alexis Morillo
How To Turn Off Night Mode On Your iPhone Camera
By Emma Carey
Behind The Hilarity Of The "POV: You Walk Into My Room" TikTok Trend
By Lexi Inks
TikTok's Butter Board Might Be The New Cheese Plate
By Emma Carey
Get Even More From Bustle — Sign Up For The Newsletter