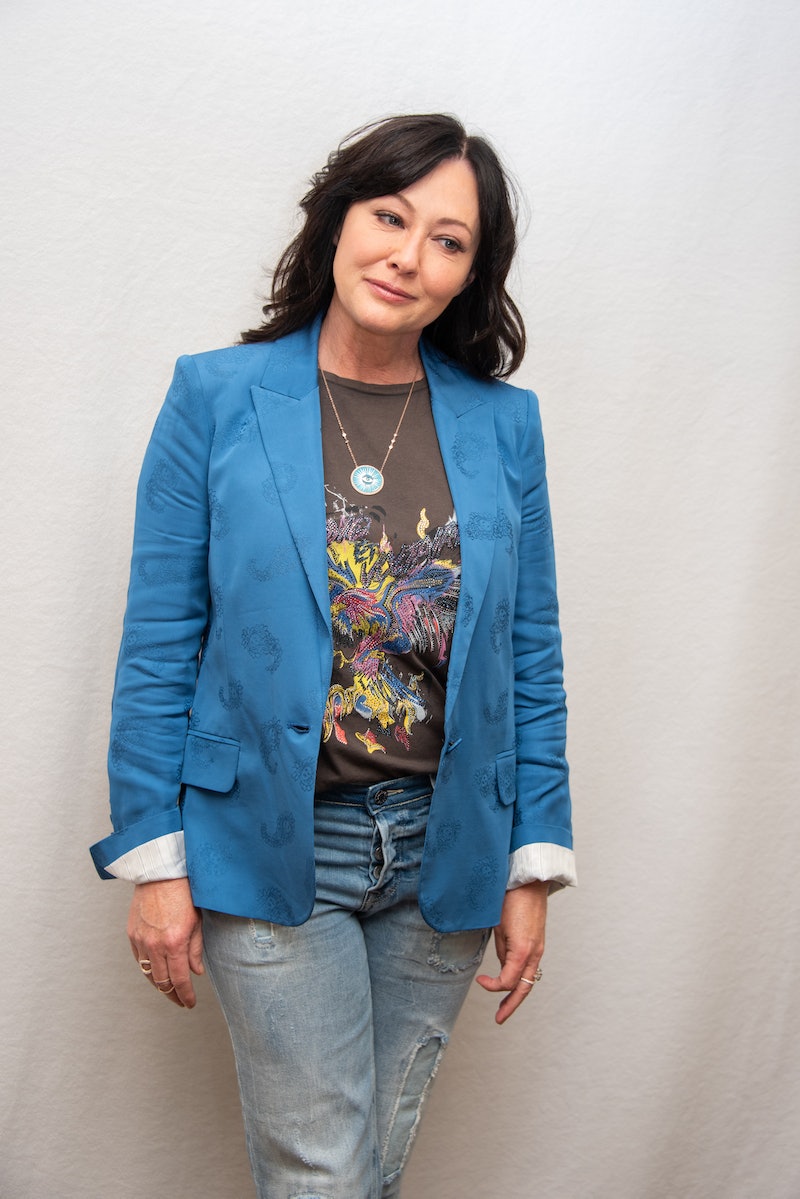 Shannen Doherty has already fought cancer once before, and sadly, she's been forced to enter the battlegrounds once again. On Tuesday, Feb. 4, Shannen Doherty announced she has stage 4 cancer in an interview with Good Morning America. The actor also confirmed that she has been secretly living with the disease for the past few years, even while working on the reboot of her breakout show Beverly Hills, 90210.

In the interview, Doherty explained that her cancer was going to be revealed publicly no matter what "in a matter of days or a week." She is currently in the middle of a lawsuit with State Farm regarding insurance claims on damage caused to her home in the 2018 Woosley fire. According to the actor, legal documents, which will be made public prior to the trial, disclose her cancer. "I’d rather people hear it from me," she said. "I don’t want it to be twisted; I don’t want it to be a court document. I want it to be real and authentic and I want to control the narrative."

The actor was previously diagnosed with breast cancer in 2015. A year later, she revealed that the cancer had spread to her lymph nodes, which lead to her getting a single mastectomy. However, things were looking up in 2017, when Doherty announced that she was in remission after completing radiation and chemotherapy treatments that February.

Despite the public revelation, Doherty expressed that she would like to continue keeping her journey as private as possible. "I don’t think that I’ve processed it," she said on GMA. "It’s a bitter pill to swallow in a lot of ways. I definitely have days where I say, ‘Why me?’ And then I go, ‘Well, why not me? Who else besides me deserves this?’ None of us do."

Doherty told GMA that she didn't tell any of her BH90210 co-stars about her diagnosis. But she decided to keep working on the show to honor her late co-star Luke Perry, who died of a stroke in March 2019. "Why wasn't it me? It was so weird for me to be diagnosed, and then somebody who was seemingly healthy to go first," she said about his death. "It was really shocking, and the least I could do to honor him was do that show."

She also said that she wants to send an encouraging message to cancer patients that they can still work even while battling the disease, should they choose to do so. "I thought… people can look at that and say, ‘Oh my God, yeah. She can work and other people with stage 4 can work, too'," she said. "Our life doesn’t end the minute we get that diagnosis." Here's hoping that Doherty makes a full recovery, and is able to work on many more sets in the future.