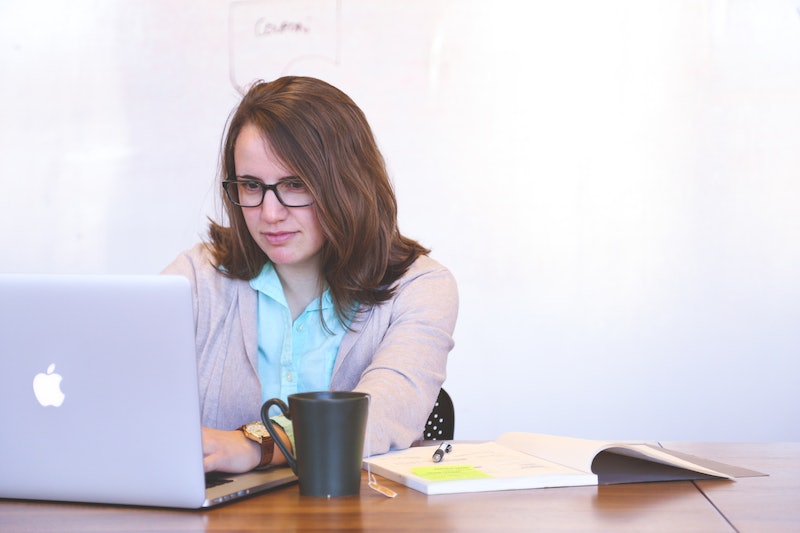 Ah, the period. That seemingly mythical cycle that lives between cultural extremes. It’s either too taboo to talk about or seen as the perfect punchline to a not-so-subtly sexist joke. The way we talk about periods—or more often don’t talk about them—has left us with more than a few myths surrounding the menstrual cycle. But fear not, fellow period havers, because science is here to save us. A recent study has found no clear link between periods and cognitive functions, busting one of the cornerstones of period misconceptions: that periods make people less competent.

This new study published in the scientific journal Frontiers in Behavioral Neuroscience set out to look at the links between female hormones and cognition. Specifically, the study wanted to test the stereotype that women are made incompetent by their menstrual cycles. Researchers tracked the menstrual cycles of 88 women, following up with 68 of those women during their second cycle to rule out false positives and other inconsistencies. The study’s authors used a series of tests that gauged attention, memory, and general cognitive functions over the course of the participants’ cycles. They also monitored hormone levels throughout the study.

Their findings? There were no consistent changes in cognition between both cycles. While researcher did see an initial decrease in cognitive bias and attention when tracking the participants’ first cycles, those results could not be replicated when tracking the second cycle. Thus, busting the “period brain” myth.

These new findings contradict previous research which suggested a measurable link between cognitive function and menstrual cycles. Studies looking at the effects of PMS and overall influence of estrogen have previously shown support for periods affecting people both emotionally and mentally. However, these studies didn’t look at the effects of the course of more than one menstrual cycle, as this recent study did.

“I think this research shows very clearly that women function very well despite having hormonal changes,” Brigitte Leeners, the new study’s lead author, says. “You cannot use hormonal changes as an excuse that there would be limitations in their performance.” Leeners’ new findings also align with other recent research which suggests inconsistencies in associations between hormone levels and cognitive ability. Basically, our brains’ ability to function isn’t hindered by blood coming out of our...wherever.

There are plenty of other myths about periods that persist despite being long disproven. For example, the idea that our periods sync with our friends’ cycles? Not rooted in science. However, other stereotypes are significantly more harmful, like the idea that periods make women incapable of holding political office. This kind of rhetoric is rooted much deeper in sexism than it is in science. It also prevents healthy conversation around periods, which further perpetuate greater period problems globally, like access to menstrual products and the effect that has on individual, societal, and economic health.

Fighting falsehoods with fact is one of the best and most direct ways to fight period stigma. Establishing a culture that can have constructive and productive conversations about women’s health entails talking about periods. Studies like this recent one help make that future where all components of women’s health are a priority a reality.