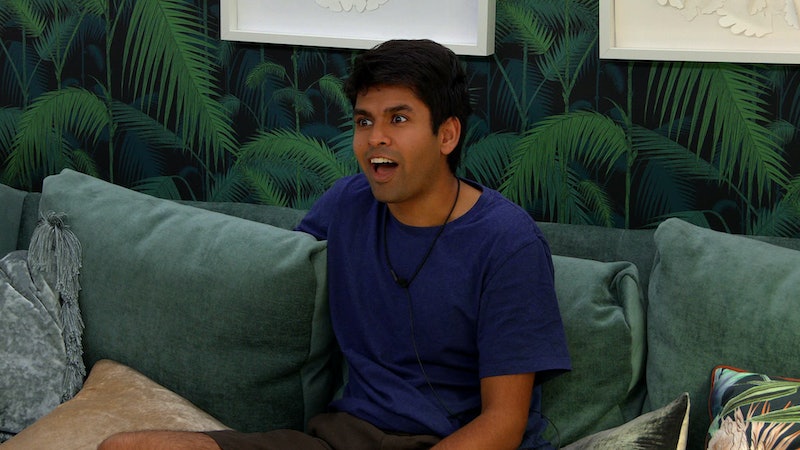 The Circle's final episode premiered on Wednesday, Jan. 15, which means that contestants are finally able to speak their minds on social media. Among the competitors, Shubham Goel — or Shooby, as he was fondly referred to by friends on the show — was definitely a fan favorite due to his honesty, and finished as runner-up. But despite his popularity among fans on Twitter and Insta, Shubham’s own Instagram is pretty sparse.

Fans checking into Shubham’s Instagram might be disappointed to see there’s just not that much there, especially considering how much The Circle depended on social media and how close he got to winning, finishing as a runner-up. On the Netflix reality show, Shooby proved himself to be pretty adept at using social media — you can't make friends in The Circle without it. That said, in the very first episode, he openly declared his distaste for social media, describing it as “our modern-day bubonic plague.” (That week, he was ranked in last place.) In 2018, he even launched a campaign for Governor of California on a platform of banning social media usage for minors because he believed it was detrimental to one's mental health.

Shubham's distrust of social media actually part of why he wanted to go on The Circle. "I thought it was the closest thing of a social experiment that accurately reflects our world," he said in an interview with Cosmopolitan. "So I thought if I go on there and prove the point that you don’t have to be anything except yourself, that was always more than enough."

Shubham's Instagram definitely reflects his "be yourself" philosophy. His page is full of smiles and old pictures with friends, with a lot of throwbacks and funny old pictures, it really goes to show that he doesn't take social media seriously. He has under 50 posts on his profile, but despite that, he's one of the most popular Circle competitors, with over 96 thousand followers on Instagram as of Jan. 16, surpassing more active competitors like Seaburn's Instagram (with roughly 68 thousand followers) or Sean Taylor (roughly 18 thousand).

Maybe Shubham doesn't like social media, but he definitely knows how to have fun with it.

More like this
Love Is Blind’s Natalie Claims Shayne Signed Up For 'Perfect Match' While They Were “Still Together”
By Brad Witter
'Love Is Blind: After The Altar' Season 3 Has A Release Date & It's Very Soon
By Grace Wehniainen
Brittany Snow Files For Divorce From Tyler Stanaland After 'Selling The OC' Drama
By Grace Wehniainen and Radhika Menon
'Bling Empire: New York’ Star Tina Leung Has A Superhero Alter-Ego
By Alyssa Lapid
Get Even More From Bustle — Sign Up For The Newsletter
From hair trends to relationship advice, our daily newsletter has everything you need to sound like a person who’s on TikTok, even if you aren’t.