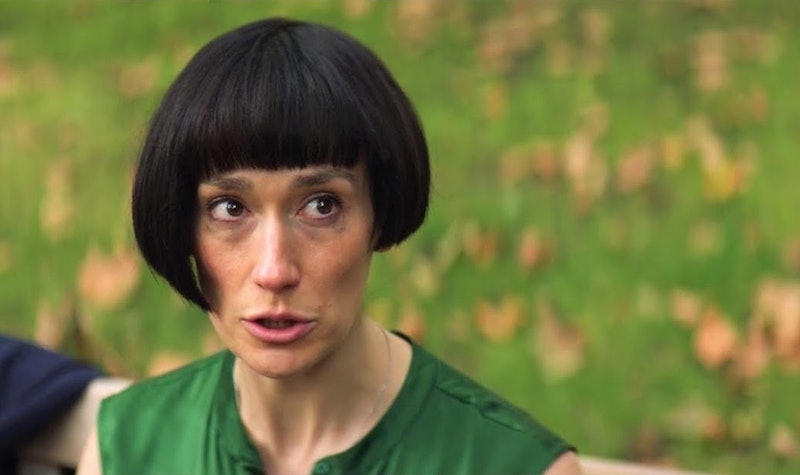 With a show as good as Fleabag it’s basically impossible to pick a best scene or funniest moment. Whether you’re a fan of the hot priest and his canned gin and tonics or any of Fleabag’s interactions with terrible Martin, the series is packed full of hilarious storylines. However, one of the most well-recognised scenes was apparently not that fun to film at all. Fleabag’s Sian Clifford revealed *that* haircut scene was a “nightmare” on the day. To the credit of Clifford and creator Phoebe Waller-Bridge, you’d never have known from watching it.

When a series has such a cult following it’s interesting to get little behind-the-scenes snippets of what it was like to create. Fleabag is so hilarious because it’s so relatable and we’ve all been in Claire’s shoes in the pencil haircut scene. The actor behind Fleabag's sister, Sian Clifford, told Digital Spy: "It's weird because the things that have become iconic – I feel so embarrassed saying that word – but the things that people responded to the most, it's happened in hindsight. So for me to pick them out is weird because that wasn't my experience filming it." She continued:

"For example, the haircut scene was our second day and it was a nightmare to film that. There were people stopping us all the time, the sun was way too bright, the script wasn't quite... we couldn't find the rhythm of the opening."

In the interview she revealed that the scene that’s fast become one of the funniest in series two had its fair share of problems. She said, “There were all sorts of things that went wrong with that day, so it's wonderful that people have gone like, 'This scene!', and I'm like, 'Yeah...' So it's easy to get very rose-tinted about these things."

While it may have been a pain to film, watching Claire unveil her truly awful chop and her sister trying to persuade her that it looks French will always have a place in my heart.