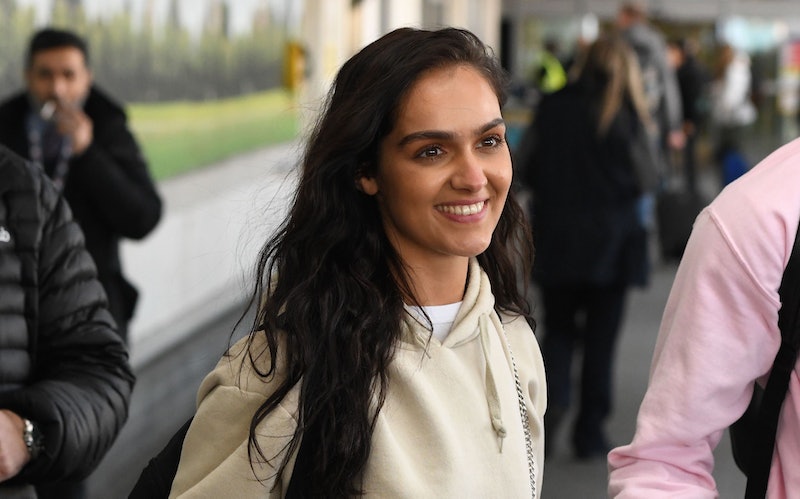 Let's address the elephant in the room and talk about the fact that Siânnise and Luke T were robbed on Winter Love Island. And when you hear that Siânnise carried her crown back from South Africa with her, your feelings about the series' outcome might just get a whole lot more *real.*

I think we can all agree that one of the most adorable scenes in all of the last season of Love Island was undoubtedly Luke T's completely over-the-top plan to ask Siânnise to make things official. Being well aware of her obsession with all things Disney, he decided to make her dreams of an IRL fairytale romance come true.

With the help of fellow islanders, Luke T set out a bit of a treasure hunt (featuring Ched as a giant) which ended with her finding her prince. Luke T even went so far as to make an extra special bejewelled crown for Siânnise in what is now an important piece of television history. Jesus, I don't want to jinx things but, what the hell is he going to do if he wants to propose?

And, to make things "oh, 100%" cuter, Siânnise and Luke were photographed landing in Heathrow airport together looking cute AF. And, yes, the crown was in tow.

The pair became fan favourites from the get go, from their initial nerdy flirtations to their cute AF lipstick-laden first kiss to that night in the hideaway where Luke T showed his respect of consent and boundaries.

The Sun reports that things seem to be moving pretty fast between the couple, with the plan being to move to Windsor as it's half way between Luke T's native Luton and Siânnise's home town Bristol. Once that's sorted, they hope to get on with the important business of having babies. "We want four kids", Luke T told The Sun. "We've said once we're stable financially, and in our relationship, I think we'd do it."

Here's hoping Luke T and Siânnise have the fairytale ending they deserve.