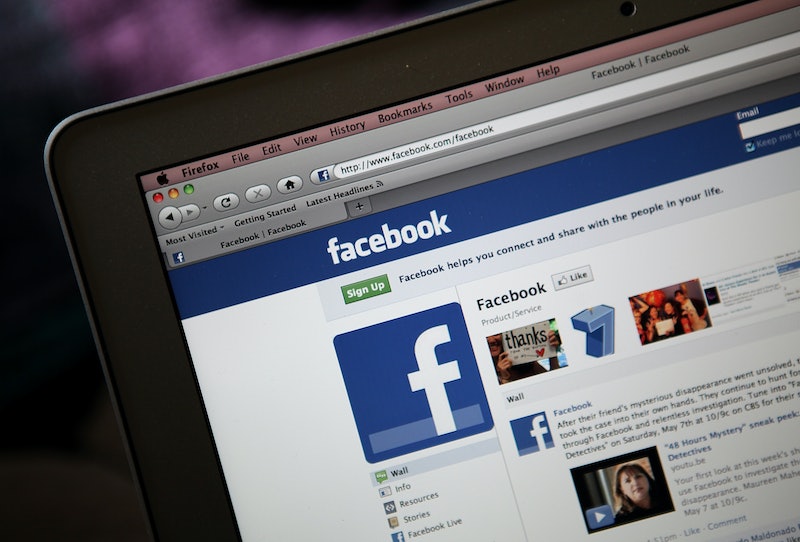 After some delay, one of the typically more secretive social media giants has announced it's opening up some of its databanks for analysis. According to a blog post on Monday, Facebook said that it will share access to its "privacy protected" data with researchers studying social media's impact on elections.

According to Facebook, more than 60 researchers from some 30 academic institutions spread across 11 countries were selected by the Social Science Research Council (SSRC), via a peer review process, to receive access to a Facebook data portal. Facebook claimed it played no role in selecting which researchers or research projects were chosen and will "have no role in directing the findings or conclusions of the research." As The Hill has pointed out, the decision to give even select researchers access to its data is something of "an unprecedented move" by a company well-known for being secretive.

Indeed, Social Science One, the research institute Facebook has partnered with for the initiative, noted in its own press release that the initiative will be "the first ever scholarly access to Facebook data that does not require pre-publication approval by the company."

"We hope this initiative will deepen public understanding of the role social media has on elections and democracy and help Facebook and other companies improve their products and practices," Facebook wrote in its blog post. "While we remain committed to advancing this important initiative, Facebook is also committed to taking the time necessary to incorporate the highest privacy protections and build a data infrastructure that provides data in a secure manner."

According to Social Science One, the process for selecting researchers was delayed significantly due to privacy concerns centered around researchers having unrestricted access to potentially sensitive user data. In a press release, the organization said it spent six months working with Facebook to build what they believe is an adequately secure data portal.

Facebook said researchers will immediately have access to CrowdTangle, which allows for the popularity of news items and public posts shared on both Facebook and Instagram to be tracked; The Ad Library API, which provides researchers with data on political or issue-related ads posted on Facebook in the United States, United Kingdom, European Union, Brazil, India, Israel, and Ukraine; and, finally, Facebook's URL data set, which provides data on URLs shared by at least 100 unique Facebook users with public privacy settings.

In an effort to ensure users' privacy, data shared via the social network's URL data set will be "aggregated and anonymized to prevent researchers from identifying any individual Facebook users," the company wrote on its blog. Still, it remains unclear what Facebook's decision to share data with researchers means for users, especially those with concerns regarding how their data is used and shared.

But while researchers' collaboration with Facebook isn't without its complications, Kelly Garrett, an associate professor at Ohio State University, tells Bustle the work remains vital. "There are significant challenges to making this collaboration work" Garrett, who is among the 60 researchers awarded one of the inaugural Social Media and Democracy Research Grants, says. "Everyone involved is keenly aware of the complex privacy issues. The goal is to find ways to analyze data without ever revealing individual user’s behaviors to researchers. This is not easy to do, but I believe that it is critically important.”

Of course, it could be years before any of the selected researchers are ready to publish their findings. What's more, it's unclear what impact, if any, they might find. According to U.S. World and Report News, a recent study authored by Garrett and published last month in the journal PLOS One found that during the 2016 presidential election "social media use had no measurable aggregate influence on issue beliefs." It's worth noting, however, that, separately, researchers have determined Russia was able to meddle in the 2016 election via a series of social media misinformation campaigns.

News of researchers' access comes amid increased scrutiny regarding misuse of Facebook during elections, including allegations that the social media network failed to adequately respond to those, both overseas and within the United States, who used it to spread misinformation in an attempt to impact or influence elections.

In a press release issued Monday, Social Science One said it, too, believed research into how social media is impacting democracy was urgent. "Concerns about disinformation, polarization, political advertising, and the role of platforms in the information ecosystem have not diminished," the institute said in its press release. "If anything, they have heightened. We believe we can provide the fuel in the form of data access to the scholarly community to help solve some of the major issues in social media that affect elections and democracy across the world."