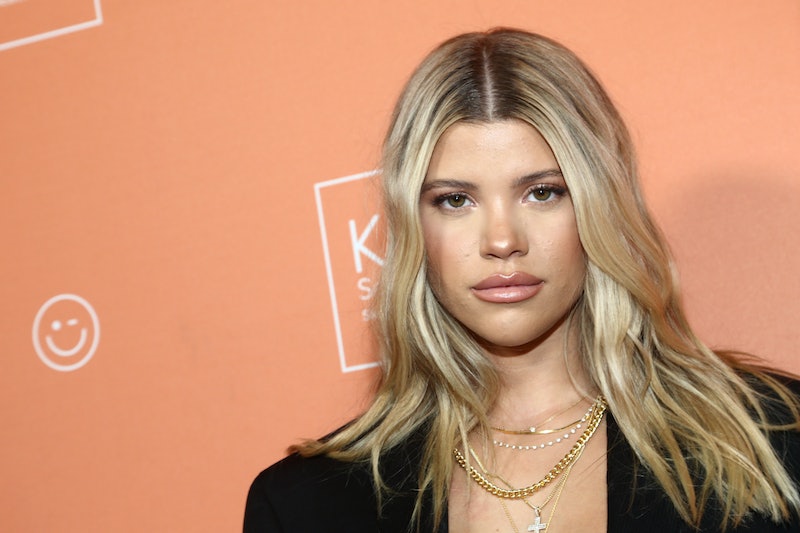 Lord Disick won't have his girlfriend by his side during Keeping Up With the Kardashians Season 18, but it's not because he's once again single. Sofia Richie won't be on KUWTK next season, she told Entertainment Tonight on Tuesday, Feb. 4. The model is ready to branch out and start exploring other parts of the entertainment industry.

Viewers shouldn't expect to see her frolicking around with her BFF Kylie Jenner or BF Scott on the E! reality series anytime soon. Instead, she's focusing on her acting career. "I feel like, for a while, I kind of held back on things because I was afraid of failure, but 2020 is [the year of] no fear! I'm gonna be doing acting stuff really soon."

The daughter of Lionel Richie teased "great things" are already happening. "The roles I'm reading for right now are kind of similar to me, so they're easy for me to play, and I really, really enjoy it," she said.

Richie first appeared on KUWTK in October 2019 during a family vacation with her boyfriend Scott Disick and his ex Kourtney Kardashian. Richie's never been a main focus of the reality series, and her relationship with Disick wasn't played for the cameras. Prior to her showing up on KUWTK, Richie explained to Us Weekly in February 2019 why she had yet to make an appearance on the show. "Not that I’m against it, [but] I'm just very private," she said. Disick also said that he supported her choice.

So far, Richie's acting career has consisted of an appearance in Ocean's 8, where she played herself attending the fictional MET Gala. (A few Kardashians also made cameos in the film.) But, soon enough, Richie just might find herself in an even bigger role than Disick's girlfriend on KUWTK. Though, given her comments, it seems like she's not turning her back on reality TV for good.