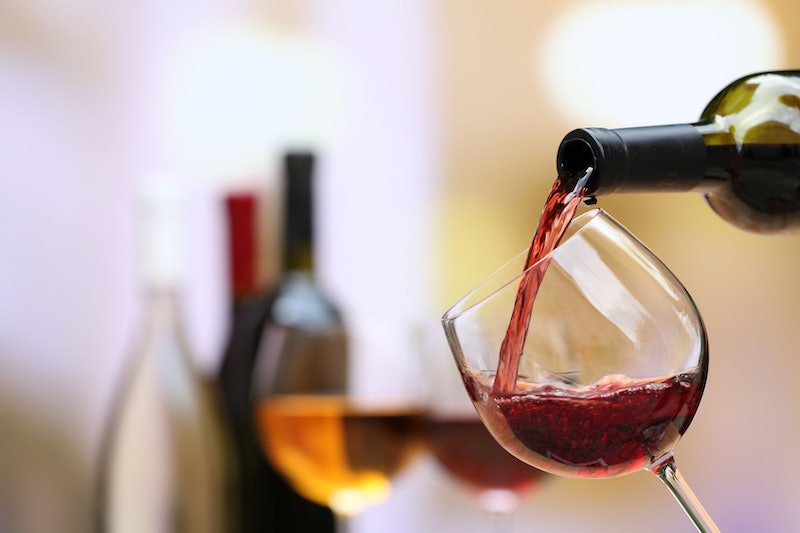 In 2011, the Daiichi Nuclear Power Station in Fukushima suffered a critical failure in one of the worst nuclear disasters in history. Now, a new study has shown that traces of nuclear material from Fukushima crossed the Pacific Ocean and are showing up in California wines. But before you start clearing out your wine racks, you should know that researchers aren't recommending that anyone stop drinking California-made wines... even those documented to have Fukushima-stamped radiation in them. As for why your California wine is still safe, we turn to science for the answers.

The study, completed by Michael Pravikoff and Philippe Hubert at the National Center for Scientific Research and University of Bordeaux in France, examined wines made in California from 2009 to 2012. Pravikoff and Hubert went into the study knowing that after the Fukushima disaster, "a radioactive cloud [...] crossed the Pacific Ocean to reach the west coast of the United States," Newsweek reported.

Pravikoff and Hubert were curious if this cloud had touched the massive amount of grapevines in California's famous Napa Valley, and so set out to measure if there was any detectable change in the wines' level of cesium-137, an isotope that according to a paper out of Stanford University was "the predominant source of radiation in fallout from the Chernobyl explosion."

Pravikoff told PBS that they can definitively identify a raise in cesium-137 in wines from specific years would be due to the Fukushima incident. "Cesium-137 is not a natural isotope," he explained. "It’s produced only through atom bomb testing in the atmosphere or through the incidents like Chernobyl or Fukushima. So every year the amount of cesium-137 released in the atmosphere is different."

To check levels of cesium-137, Pravikoff and Hubert boiled wines down to ash, then took the concentrates and used a gamma ray detector to examine them. Cabernet Sauvignon was the hardest hit, they found. Per PBS, in Cabernet, "radiation levels doubled in 2011 and remained higher than usual in 2012 through 2015." They also found that a rosé tested from the same vineyard as the Cabernet Sauvignon didn't show nearly as much variation within the same time period. And for red wines, they found levels that "are barely above 'background' — or the low amount of radiation seen in French wines since the 1990s, after radiation from Chernobyl," PBS reported.

While likely none of this sounds reassuring, particularly for Cabernet fans, you can keep on stocking your wine fridge knowing that the radiation levels Pravikoff and Hubert found are so minuscule they wouldn't be detectable without "very sensitive" instruments, Pravikoff told PBS, and certainly aren't enough to affect your health. Ultimately, Pravikoff told PBS that his and Hubert's team "estimate that you'd need to drink more than 40,000 bottles in a year of the most radioactive vintage to get sick." That cashes out to 110 bottles each day. Yikes.

Pravikoff explained that in the case of these wines, and life in general, "[r]adioactivity is part of our environment." Having nuclear power plants in the first place comes with the unavoidable consequence of having increased radiation levels on our planet — especially as we continue to try to find ways to deal with the waste that piles up after nuclear plant meltdowns.

But though conversations about nuclear power can be serious and scary, in this case, the radiation you're sipping on with that sweet, sweet rosé is definitely not as bad as it sounds.

More like this
16 Trader Joe's Appetizers That Are Total Party-Pleasers
By Kaitlyn Wylde
Dolly Parton Released 4 New Baking Mixes With Duncan Hines
By Alexis Morillo
An Expert Weighs In On The Viral Raw Carrot Salad Trend
By Alexis Morillo
Do Green Powders Work As Well As TikTok Says They Do?
By Carolyn Steber
Get Even More From Bustle — Sign Up For The Newsletter
From hair trends to relationship advice, our daily newsletter has everything you need to sound like a person who’s on TikTok, even if you aren’t.