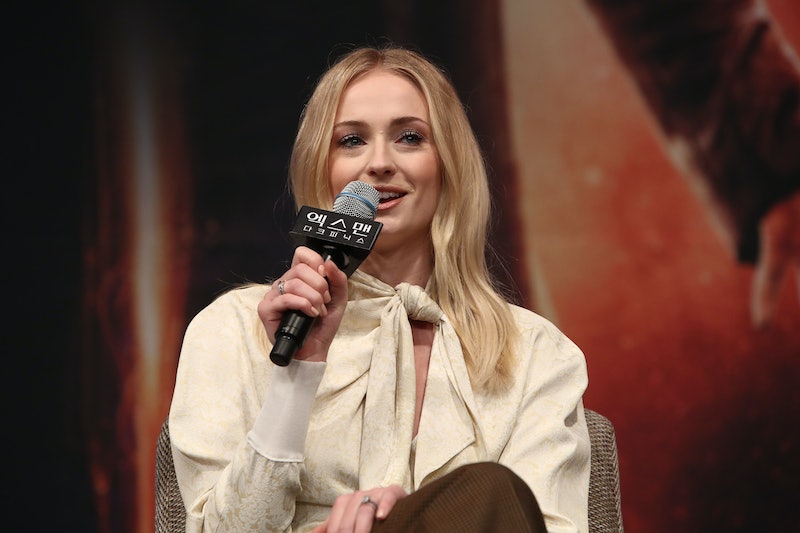 On May 15 2019, Alabama Governor Kay Ivey signed a near-total ban on abortion in his state. The ban is the most restrictive of its kind in the U.S., criminalising abortion in almost all circumstances, including cases of rape and incest. Many people in the UK were shocked by the news, but were quickly reminded that, in Northern Ireland, these types of restrictions have existed for more than 150 years. Many celebrities have spoken out publicly about this issue, including Sophie Turner, who recently called out Republicans on abortion comments they have made in the past.

On Thurs, May 16, Turner — who is best known for her role as Sansa Stark on Game Of Thones and, more recently, her role in X-Men: Dark Phoenix — uploaded a post to her Instagram that quoted several Republican politicians speaking about abortion.

Todd Akin is quoted as saying, "If it's a legitimate rape, the female body has ways to shut that thing down." The New York Times reports Akin said this during an interview in 2012.

Rick Santorum is quoted as saying, "Rape victims should make the best of a bad situation." The Guardian reports that Santorum said this during an interview with Piers Morgan in 2012.

A quote from Jodie Laubenberg reads: "In the emergency room they have what’s called rape kits, where a woman can get cleaned out," which the Huffington Post reported about in 2013.

Other politicians quoted in the post are Clayton Williams, Richard Murdock, and Lawrence Lockman.

Turner captioned the post: "Shame on you. OUR BODIES OUR CHOICE."

In response to Turner's Instagram post, model, author, and activist Charli Howard penned a comment, which ended with the following line: "[I]f you honestly think a woman should be forced to have a baby out of rape or incest, then SHAME ON YOU. If there’s a God that supports those kinds of beliefs, then I certainly don’t want anything to do with him."

Turner's post has since accrued more than one million likes.

During an interview for Sky News on Weds, May 29, Turner and fellowX-Men actor Jessica Chastain revealed that they'd signed a letter, alongside dozens more celebrities, in reaction to the new restrictions. "There's a letter going around that I signed saying I'm not going to work in any state that denies rights for women, for the LGBTQ community, for anyone. I'm not going to work in a state that discriminates," Chastain told Sky News, with Turner adding "I signed it too. I have yet to tell my agents I signed it."

However, when the interviewer pointed out that much of Game of Thrones was filmed in Northern Ireland, where women can be jailed for life for having an abortion, the actor responded: "There was a lot of work of Game Of Thrones there, so luckily we're moving on."

As Variety reported on Tues, May 28, while those working in the acting industry have voiced their opinions about the restrictions publicly, so far, Netflix is the only studio to have spoken out against the newly passed laws.